A Maze of Any Other Flavor… 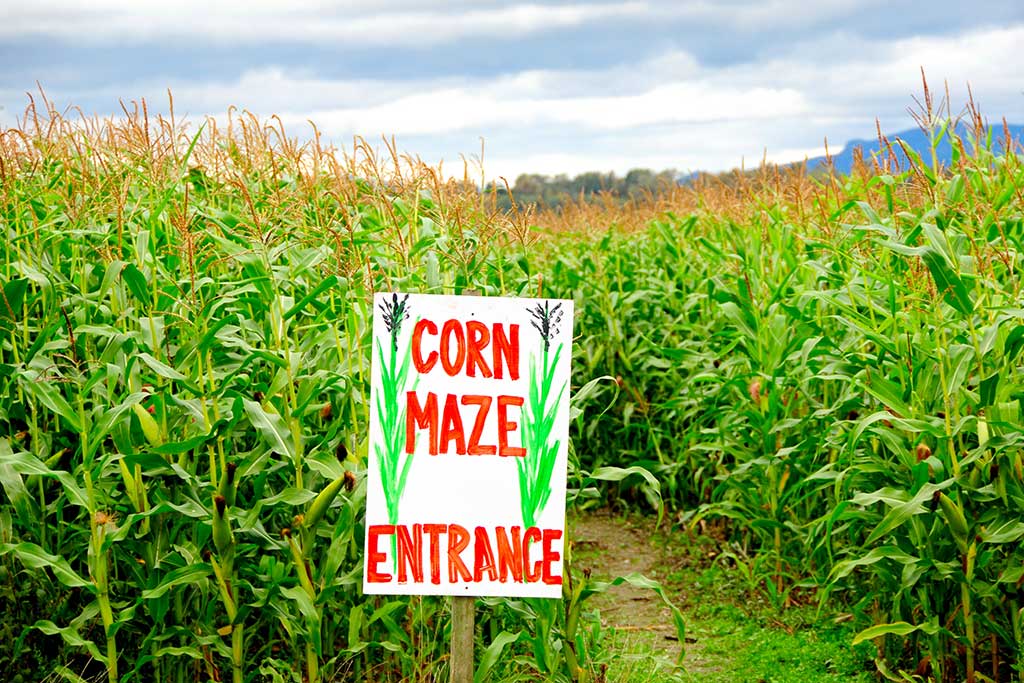 There are many foods that I’ve occasionally dreamt of finding myself lost in a maze of … pizza, General Tso’s chicken, those giant chocolate chip cookies from Panera that just about melt in your mouth when you’re lucky enough to catch them fresh out of the oven!

It’s not that I have a problem with corn or anything. I mean, I enjoy a nice cob of corn alongside a couple of hotdogs on a cool, summer evening just as much as the next guy. Or maybe a big, old bowl of corn – popped or otherwise – while you’re curled up by the fire with your favorite likewise-corn-appreciating fellow. Corn is great!

The thing is, I do have this one rule where if I’m going to set myself up to get lost inside of a giant maze that’s allegedly made out of food, my one request is that should I find myself inexplicably lost forever as the sun and the stars come and go in turn with no signs of escape as I slowly wither away and die … it’d be nice to have a little something to nibble on while I’m literally scampering around like a rat in search of his cheese.

Except in this case the cheese is corn, which is why I recently found my trip to the local corn maze confusing … because there was no corn.

I can’t hardly blame them – if I had myself a field of perfectly good corn, I sure wouldn’t want every Tom, Dick, and Harry running around touching every cob like a bunch of hooligans when my whole scheme is to sell that corn to keep the furnace a’blazing for another harsh, Floridian winter! You can’t sell corn for a premium when it’s been groped by every idiot from the city who’s willing to pay $10 a piece to get lost out in your fields for an afternoon.

I wouldn’t buy groped corn on the cob if I saw it sitting there on the shelf at Publix – I don’t care how good the price is!

Still, it’s a little misleading to label your autumnal attraction as a Corn Maze when in reality it’s more of a Bare Stalk of What Used to Be Corn Maze. The latter may not necessarily roll off the tongue, but I’m a firm believer of truth in advertising, and besides, if I’d known that I wasn’t actually going to be surrounded by edible corn during my plight-filled, harrowing 25-minute adventure through some stranger’s farmland, I could’ve brought a long a little snack or something to keep me going during those times when I truly believed that all was lost.

Even better, if I’d happened to accidentally drop some of my pizza or General Tso’s chicken along the way, maybe that farmer would have an even awesomer maze to invite us city folk to come scavenge around next year!

I would so totally pay $10 to get lost in a field of pepperoni pizza on a partly-cloudy, fall afternoon … as long as the pizza hasn’t already been harvested, that is.

The Humor Column has been published since 1999, currently spans 527 hilarious columns, and is most definitely not a socialist plot to takeover the local Toys 'R Us.