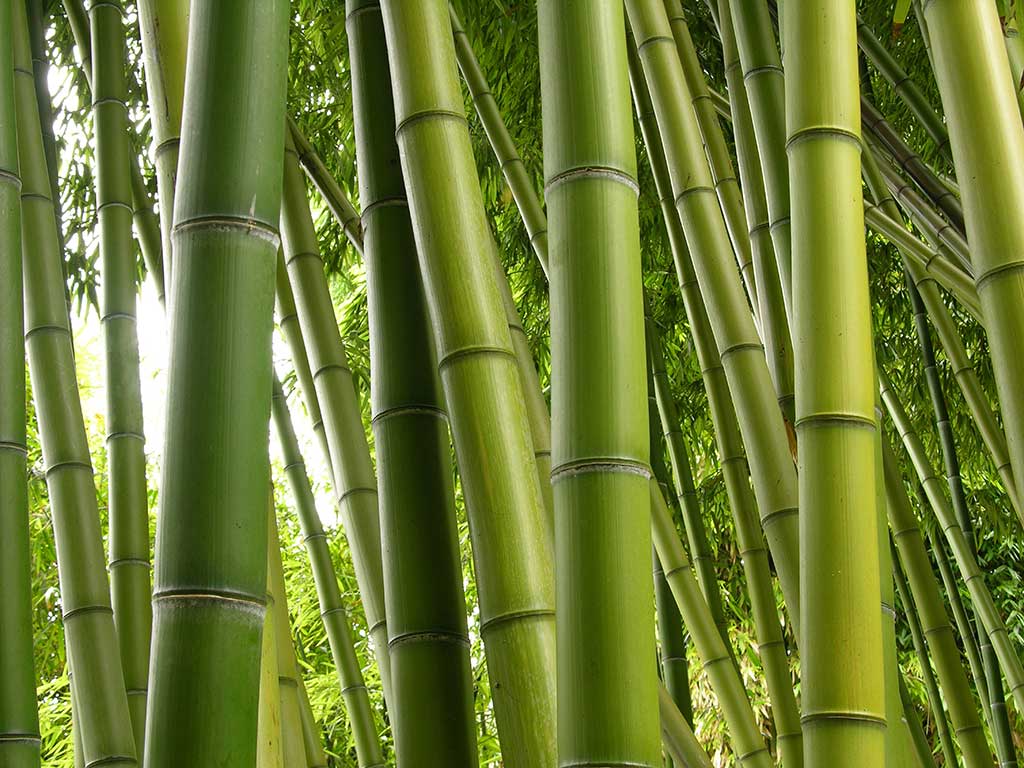 Bamboo is the fastest-growing plant in the world with certain species able to grow as much as three feet in a single day’s time. While known primarily for its cultural significance throughout Asia, bamboo in fact thrives in a variety of climates the world over, including but not limited to one corner of my backyard where my neighbor’s stupid bamboo plant recently took up residence, towering more than twenty feet in the air before I was finally able to level the mighty beast.

Early June – The unsettling realization sets in that the small bamboo shoots in the backyard are now taller than I am and are preventing the dog from traversing the yard to do her business.

Late June – Generic stalling for several weeks takes place because it was rainy or something.

Mid-July – Come to find that that bamboo loves rain and it’s now the height of the house. As a result, any brief attempt to fell stalks with my trusty hand saw are laughable at best.

End of July – Officially purchase my very own chainsaw, only to let it collect dust in the garage for twelve weeks more on account of ongoing Floridian monsoon. Bamboo uses this time to fortify its position, proclaiming full dominance over my backyard.

Late October – Officially out of excuses, be it rain or sleet or general laziness, chainsaw is finally brandished to confront the veritable bamboo monster that dwarfs my house and has been scaring my dog into peeing indoors for the last month and a half. Some two hours and five yard bags of its flesh later, it seems that I’ve only served to make it angry.

Still October, Two Days Later – I return after resting my weary bones to find that the web of bamboo has become sentient and is now actively resisting my chainsawing efforts, slowing my assault as it continuously jams my weapon with each and every blow. At this point I don’t dare set the chainsaw down for fear that my adversary will take it in hand and use it against me.

Still Still October – Now having carried a whopping 10 bags of refuse out to the curb, I spend the rest of the evening in prayer that the garbage men will take pity upon my bamboo-battered soul and actually haul everything away the next morning…

The Next Morning – A small success is still a success, and with much of its brethren relocated to the town dump, I seize the upper hand and persist in striking fear into the stalks of my enemy as I make little work of its dwindling remains until another shortcoming halts my conquest … I’m officially all out of yard bags.

Halloween – As several days pass without my managing to go buy more bags, I consider revving up the old chainsaw and giving the kids a little bamboo thrasher ambiance, but I regress when warned by my wife not to use the chainsaw after dark.

Happy Yard Bag Day! – I finally made the pilgrimage to Walmart to buy them, along with a gallon of milk and some ice cream for my victory party.

The Final Confrontation – With a clear sky and a seemingly endless supply of bamboo disposal medium, I set out to finish what had been started many moons ago. Three more bags put the final death toll at 16 yard bags filled with bamboo, not to mention countless swears in the direction of my anonymous neighbor who neglected to fully research his bamboo-ing endeavors before planting those deviants along our shared property line.

With the bamboo officially vanquished – at least for now – my dog is once again free to piddle where it belongs, and I with the battle scars of far too many days wielding a chainsaw outdoors can retire to my armchair where I intend to eat said victory ice cream and complain about the manual effort this conquest doth required of me until such time that my skills with that trusty, electric chainsaw are needed to cut through the injustice of improperly maintained landscaping once more.

To those who have never experienced proper bamboo for themselves outside of those miniature, desk-sized plants they sell at Office Depot – consider yourselves fortunate because bamboo – once let to pass into your life – will bring only hardship and sore muscles and lots and lots of sweating.

And to my neighbor who allowed this evil to spread from his land onto my own only months earlier this year – heed now my one and only warning:

If I see bamboo sprouts on my side of the fence again, I’m salting the earth and bringing out the poison to finish what me and my electric chainsaw started!

I don’t care how pretty your wife thought it would look when she saw it at the store – one single sprout and I’m nuking the entire rhizomatous root system from orbit.

After the battle that I just barely claimed victory over, it’s the only way to be sure.