Hurricane Christopher and the Bathtime Tsunami 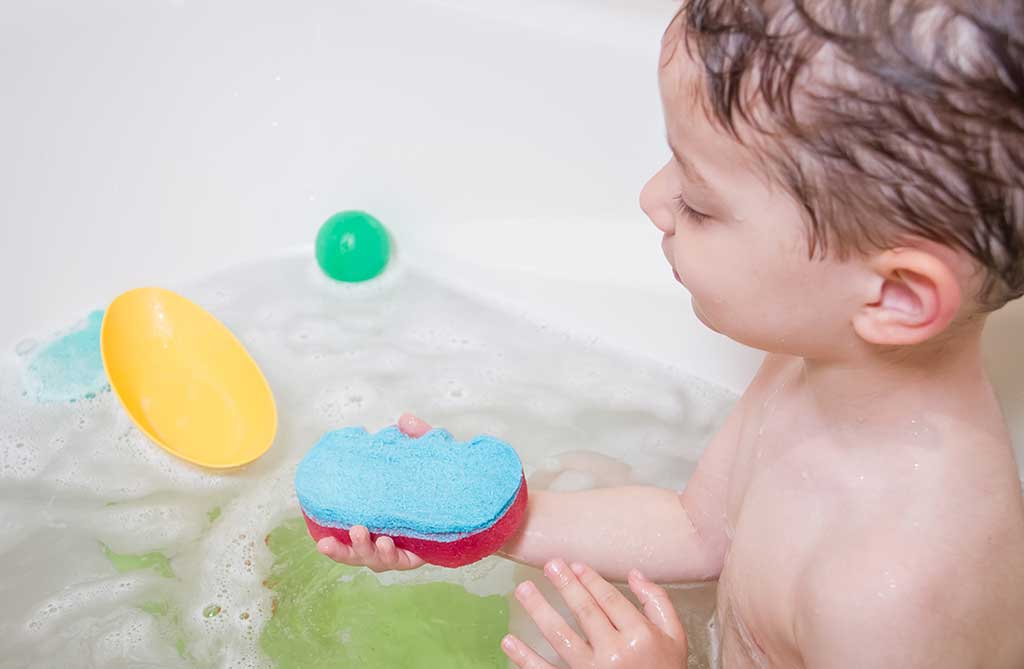 We were bound to pass this threshold eventually.

Give a kid a bathtub full of water, with his only rules being don’t stand up in the bathtub and keep the water in the bathtub, and it was really only a matter of time before that arbitrary water restriction became demoted to more of a friendly suggestion in his rapidly cognizant mind.

And granted, the whole don’t stand up in the tub rule is admittedly a bit confusing because literally everywhere else in the house my one year-old son finds himself barraged with encouragement to stand and walk and leave his ever-crawling life behind him, plus at his age that whole magical spout where the water comes out does warrant a closer up investigation than one can muster merely sitting on his fanny…

Still, just once I’d love to give him a bath without personally taking one myself.

It started off with just a bit of splashing, which I’ve generally been ok with – he is a kid and splashing is fun – and so what if I get a few drops on me here and there if he’s having a good time? Towels are as plentiful as Peanut Butter M&Ms in my house, so no harm, no foul for the most part!

But recently things have escalated far beyond just a few drops to where he seems to take great amusement in throwing all of his bath toys out of the tub just as he does with the toys in his playpen or crib, except that his bath toys have this unique characteristic of being able to hold water when he throws them, and thus just a few drops has transformed into cups and buckets and little, plastic tugboats full of water…

Also, there was this one time where he nearly learned how to turn on the shower head, but thankfully I was able to revert that discovery just in the nick of time!

It seems like it was only a year ago when bathtime used to be so much simpler. You’d keep his head above water in the little plastic tub that fits over the sink, you’d try to keep him angled down for those times when he just couldn’t wait until the diaper went back on, and that was about it. There were no toys to dodge, no toweling off by the bathtime giver required – it was an easy 15-minutes of bonding time before putting him back down to resume the roughly 18 hours of sleep that he seemed to enjoy peacefully on a daily basis.

But one thing I’m learning as a still relatively new parent is that kids seem to demand more and more of you the older they get, whether it’s food or attention or a share of my chocolate chip cookie stash that I used to be able to safely hoard away all for myself. And apparently these demands now also extend to bathtime where Dad is expected to don a full scuba suit – complete with mask, fins, and dry suit – in order to survive the bubbly barrage of waterlogged fun that was formerly known merely as a quiet, nighttime event.

I suppose maybe I should just enjoy it while I can because ten years from now it’s not likely that he’ll want my snorkel-bearing presence while he’s in the tub at all – hopefully – so it could very well be that these times of dodging ducky-shaped cups full of bathwater are among those special moments to remember, as soaked and soggy as it may sound!

Still, it probably wouldn’t hurt to invest in some cups and buckets of a slightly smaller capacity until this particular phase of childhood development is well behind us…

The Humor Column has been published since 1999, currently spans 535 hilarious columns, and brings toys to all of the good little boys and girls on Christmas morn.