Just Another Death-Defying Day at the Beach 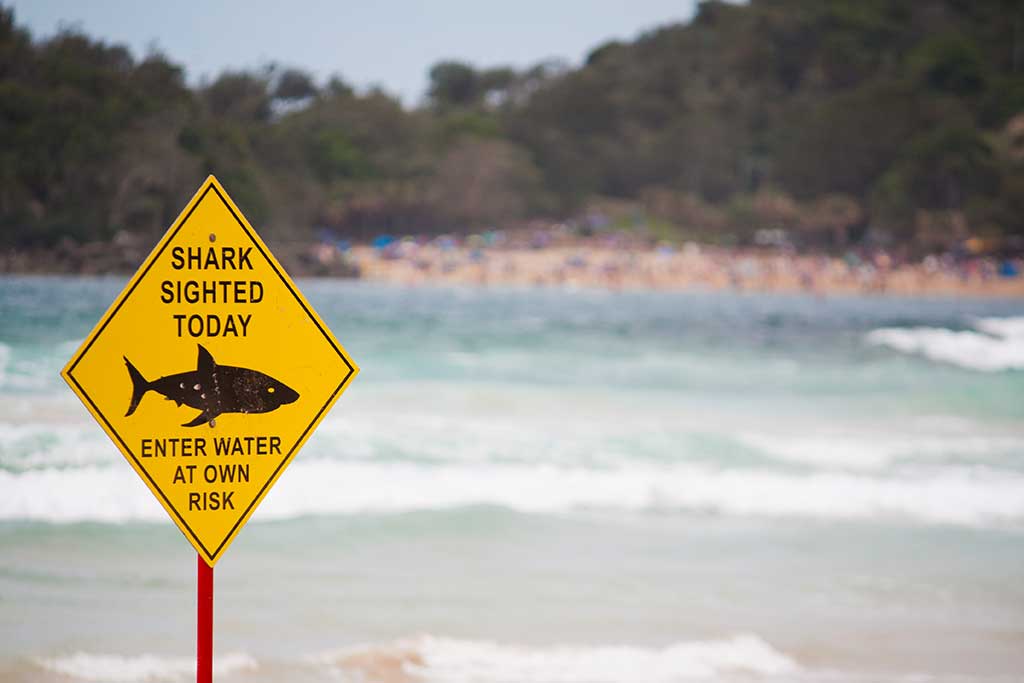 There’s always something lurking out there in the depths, just waiting to get ya.

Dolphins? Sure, they always seem friendly and helpful on TV, but have you ever seen the teeth on a dolphin?! Sharp enough to cut through a can of corn like it was Thanksgiving!

Shrimp and crabs? Not all of them sing and dance like they did in The Little Mermaid!

The point is, there are plenty of deadly things to keep us out of the water on a given day, but we always go to the beach anyways because, well, did you see how freaking hot it was outside today?! The thermometer in my car just barely sputtered out 95 degrees before telling me I could find it hanging out in the refrigerator if I needed anything else!

I have a rule in the summertime that if I’m not being pleasantly chilled by air conditioning indoors, I’m either submersed in water up to my neck or sipping on a tropical drink with ice cubes in it … or preferably both, if the lifeguard isn’t being a jerk about taking drinks in the pool! But either way, Florida summers were never meant to be spent directly out underneath the scorching sun without the refreshment of swimming to make you forget the fact that your skin is slowly sizzling like the outside of a baked potato.

Besides, that thick and leathery, perpetually-tanned skin makes it tougher for the sharks to bite through, anyways…

I suppose just like we’ve grown used to the hurricanes that threaten to rip the roofs from our houses and the tourists who threaten to stop right in the middle of the sidewalk because apparently walking works differently in every other part of the country, we too have become conditioned to shrug off the terrifying taunts that our deep blue beaches have to offer, and not under the guise of bravery or courage or even an unyielding desire to gawk at babes in bikinis as long as our wives are presumably looking the other way.

When a man is swelteringly hot and every second spent out in the sun produces enough sweat to wet down the family station wagon, a little shark nibble or losing a layer or two of skin to hungry bacteria simply just isn’t that bad in consideration of the cool and refreshing offering that slightly less scalding 90 degree waters bring to the table on your typical, Florida summer’s afternoon.

Now don’t get me wrong – when the temperatures dip back into the more comfortable 70s later on this fall???

Sharks and flesh-eating bacteria are absolutely terrifying then!

The Humor Column has been published since 1999, currently spans 540 hilarious columns, and it even makes julienne fries!