A Celebration of Fall Flavors, But Mostly … Who Are We Kidding?! 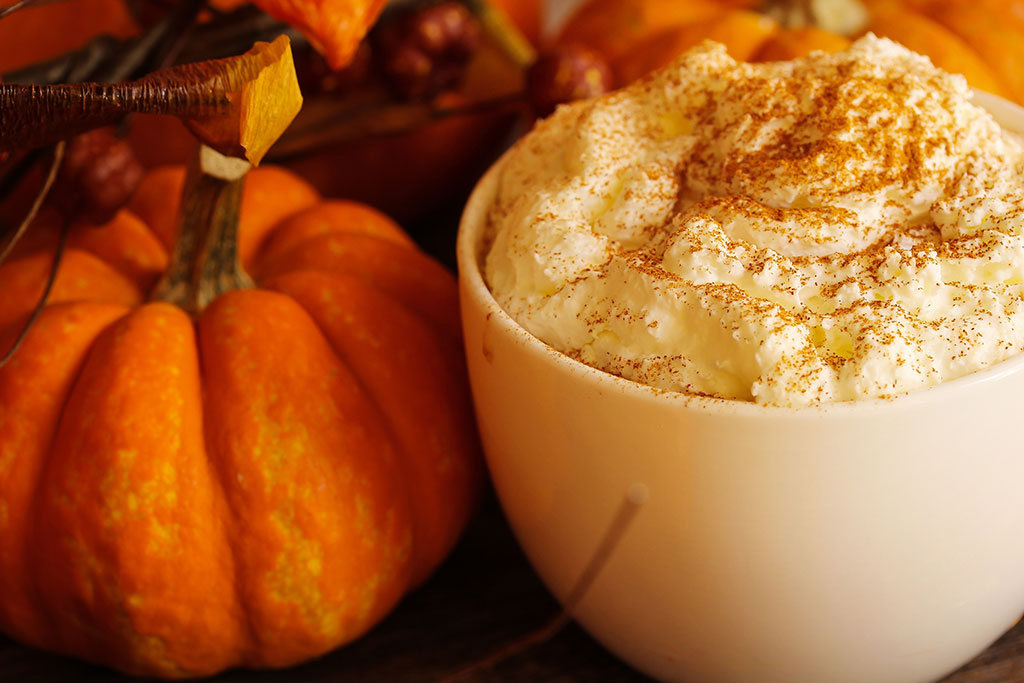 Does everybody know what time it is???

Judging by the number of groans as you all reluctantly clicked on this link, I don’t even have to tell you that IT’S PUMPKIN TIME!!! because by now you’ve got pumpkin coming out of your ears, and rolling out from underneath your couch, and following you inconspicuously down the street like some sort of modern remake of Attack of the Killer Tomatoes … but let’s not give Hollywood any more bad ideas here…

Say what you will, but Pumpkin Spice Lattes are here to stay, along with Pumpkin Spice Cheerios and even Pumpkin Spice chewing gum because as far as Our All-Knowing Pumpkin Authority is concerned, this time of year there really isn’t a reason for anything that you stick into your mouth to not be filled with those delicious flavors of cinnamon and nutmeg and ginger and allspice and cloves … whatever the hell cloves are, anyways!

You won’t find a food that says fall more than pumpkin … mainly because all of the other ones are literally buried behind mountains upon mountains of pumpkin food products to the point where I’m honestly surprised that grandma’s old-fashioned apple pie even bothers showing up anymore. Caramel and cinnamon and maple sure would be swell, but unless they’ve been blended with that addictive orange puree, it ain’t getting premium shelf space in any grocery store that you’d dare to set foot in on a Tuesday afternoon between pilates and picking up the kiddos from soccer practice.

Some would argue that our pumpkin obsession has gotten excessive, possibly even borderline manic with each bite of the pumpkin scones that we’re eating one in each hand some sort of autumnal cry for help as we swirl helplessly like fallen oak leaves caught in the peaceful fall breeze until finally plummeting down to earth to ultimately be enveloped by the untimely blanket of snow that old man winter cruelly brings.

I wouldn’t argue that, mind you, because I love pumpkin!

But admittedly I can kind of see where some might claim that their own particular seasons of preference can’t hold a candle to autumn’s pumpkin fetish, though frankly I think it’s mostly because those other seasons simply aren’t bringing their a-game to the dinner table. I mean, winter is solid because Christmastime is loaded with gingerbread and peppermint and sugar cookies, but really, what’ve the other two got?!

Summertime has lemonade and hotdogs; springtime has love and regret for Valentine’s Day and sugar-flavored Peeps for Easter. It’s time to step up or quit your bitchin’ if marshmallow Peeps and Ballpark franks are the best you’ve got to offer, other seasons!

Ironically enough, I’ve actually tasted both Pumpkin Spice Peeps and pumpkin candy corn … not those ones deceptively shaped like pumpkins, but actually pumpkin flavored candy corn … and sadly not even the whimsical magic of pumpkin spice could redeem these sugary dental visits … at least not for anybody over the age of seven, anyways.

Perhaps the reason why pumpkin is so popular this time of year is simply because pumpkin delivers where all of these other so-called “iconic seasonal favorites” seem to fall short. You may not be one to appreciate the delicate flavor dance of sweet spices that tantalizes the palates of so many of us pointed pumpkin fans each and every fall afternoon, but maybe you’re the kind of person who still sleeps with his blankey at 35 years-old and watches Caillou unironically every Saturday morning!

Maybe you need to take a good, hard look at your life and ask yourself – is it really the pumpkins that I have a problem with here???

Then shut up and eat your Pumpkin Pop-Tarts because they’re only here for a limited time!