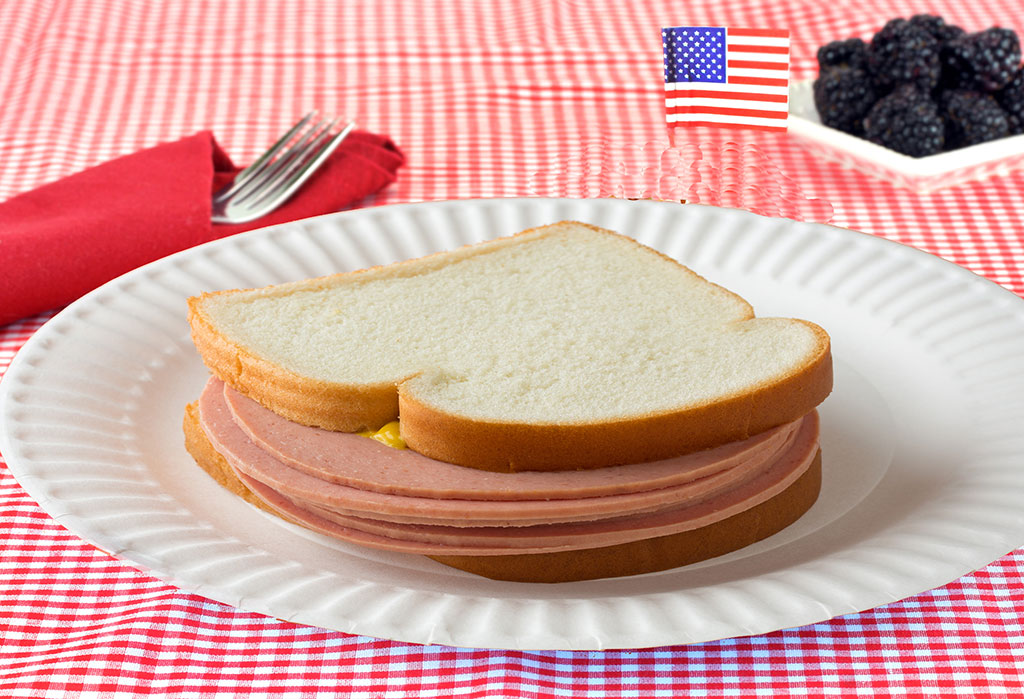 There was a time when admittedly I kind of liked bologna.

I was probably in grade school and it was what we had lying around the fridge, so it made a fine sandwich that I ate for lunch on many an occasion without really ever thinking much of it.

When all you’ve ever tasted is bologna, it tastes just fine, but once you’ve had something else to compare it to like smoked ham or honey-glazed turkey or even grilled chicken, you finally start to realize that bologna tastes sort of … wrong.

Sure, bologna is what you were used to eating for years, however it’s amazing what broadening your horizons to consider that there are other lunch meats out there – some that you can’t even imagine like mortadella or bresaola – can do for the way that you look at your second meal of the day! Instantly a whole new world of sandwiches opens up to you with a seemingly endless combination of meats, cheeses, vegetables, and condiments – infinite possibilities to satiate your midday hunger and enough options to make yourself a different sandwich every single day of the year…

The key is simply opening your mind to the notion of lunch meats other than bologna.

Accepting things that are different is always hard, especially when you’ve only ever been exposed to a limited worldview with regards to lunch meat – perhaps through no fault of your own, but simply because bologna is all that your local delicatessen ever seemed to carry. However the world in which we live is bigger than just our own personal lunch counters of choice and whether we chose to enjoy all of their assorted sweet and savory flavors or not for ourselves, those deli meats represent a delicious array of diversity that has plenty to offer both the culinary world as well as sandwich lovers to boot.

Even as you’re reading this, I’m sure that some people are thinking, “But I don’t need any of those fancy lunch meats – I like bologna!”

And it’s true that you could certainly continue making bland, mediocre sandwiches piled high with bologna until the day you die, but what I’m trying to say is that you’d be missing out on so many great sandwiches – ham and swiss on rye, pastrami club, chicken salad on whole wheat with a pickle wedge on the side – that maybe it’s time to stop fearing all of those other choices and just try one in your sandwich for lunch today.

Something simple – maybe a nice hickory smoked ham on white bread with American cheese, lettuce, tomatoes, and some honey mustard.

Throw on a couple of strips of bacon if you’re feeling adventurous!

And then as you sink your teeth into that first bite that mixes ham, cheese, and all of those condiments together in a delightful flurry of lunchtime flavor, try to think about the last bologna sandwich you had that really tasted as satisfying as that hickory smoked ham does dancing on your tastebuds with just the right flavor spike of mustard and cheese…

Some of your bologna-eating friends might look at you odd, and we can’t expect everyone to change all at once … but that’s ok. This is a personal decision between you and your lunch menu that you’re ready to move beyond bologna to better tasting and frankly more appealing lunch meats … ones that don’t leave that inexplicable bleh taste in your mouth after taking your last bite.

We live in a nation where a lot of people for some reason still like bologna, but a growing majority of us don’t, and it’s time to understand why as you try some of these other flavors that we’ve all been enjoying and perhaps find that maybe the bologna you’ve grown accustomed to really isn’t quite as “fine” as you’ve been telling yourself all of these years.