The Intimidating Ceiling Fan of Doom 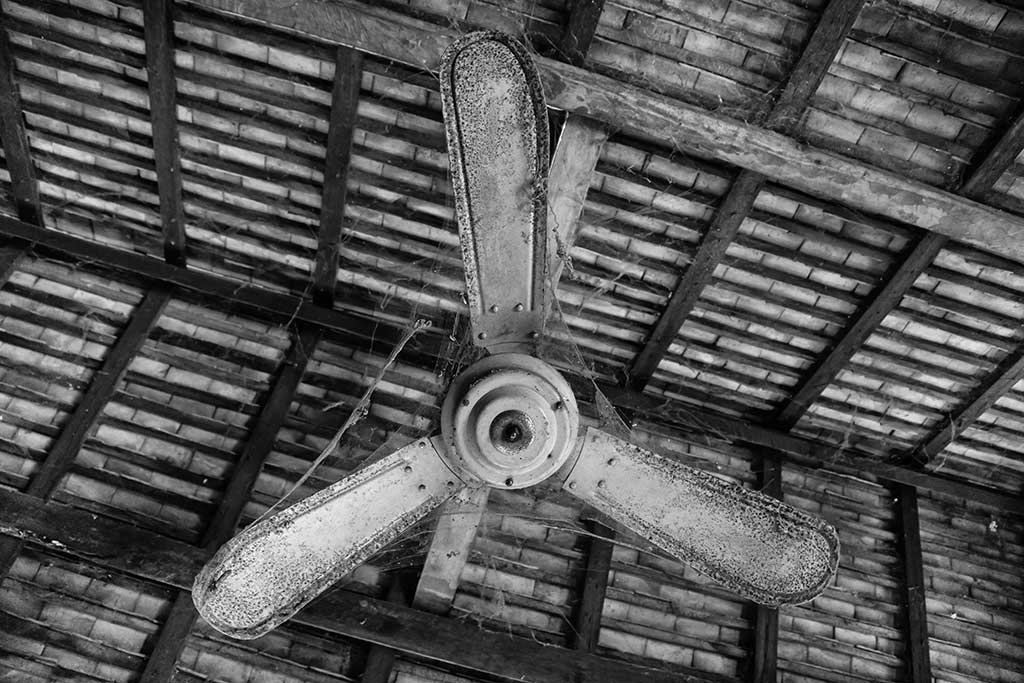 How much do we really know about ceiling fans???

I mean, sure, they hang from the center of pretty much every room in the house, faithfully serving to keep us cool by circulating air justly around our domicile. A widely accepted fixture of modern residential architecture, there’s really not much to dislike about your common, everyday ceiling fan…

…unless you’re my dog, in which case apparently you’re paranoid that one is going to kill you.

Now just to be clear, this dog is five years-old now, so it’s not like the concept of ceiling fans is anything new to her. We didn’t keep her locked out in the backyard in a cave devoid of central air and the luxuries of modern life up until her 5th birthday earlier this month, only to just now finally welcome her into our home with all of its terrorizing accessories hanging overhead from every nook and cranny.

I can assure you from the number of nights that I go to bed with paws in my back that she’s been an indoor mutt all of her life, so why my dog is suddenly afraid of they that whirl freely in the night … I have no idea.

What I do know is that living with this veritable ‘fraidy dog is rapidly pushing the limits of my sympathy, at least for a beast that requires me to pick up her own poop and will steal pretty much anything fit for human consumption that she can get her sneaky paws on. And don’t get me wrong – I’m still willing to play along to a point, looking the other way when she cowers during fireworks season and even refraining from taunting her with the buzzing sound that reminds her of getting her nails cut that drives her absolutely bonkers!

But I ain’t turning off my ceiling fans for nobody.

This is Florida, it’s roughly a million degrees outside, and this house needs all of the cooling efficiencies that it can muster – I can’t afford to be slightly uncomfortable just because Madame Wimps a Lot is suddenly afraid of these things that hang from the ceiling of pretty much every room she’s ever entered! And it’s only when they’re on, mind you – if the fan is off, she’s cool as can be, despite the rest of us being, well, not…

It’d be one thing if sometime in her life, my dog had endured some sort of traumatic, ceiling fan-related incident like me tossing her up in the air and repeatedly almost hitting her head on the thing, but I only do that sort of thing with my son because he’s not a total wuss. And also because the dog flails around way too much for me to get any decent height out of her and I just end up getting scratched all to hell in the process.

But in reality, she has no reason to fear these gentle giants from above that offer forth a gentle breeze to soothe her daily ritual of laying around the house doing absolutely nothing except for the occasional barking at leaves falling off the tree in our front yard and whatnot. She doesn’t exactly live a hard life, so as far as I’m concerned if her biggest beef is with five slowly rotating blades that help keep her home from being a sweaty cesspool of miserably managed airflow, I think she’s just going to have to learn to live with it.

It’s not like we’re talking about heights, or spiders, or owls, or bears, or spooky noises at two o’clock in the morning – now any of those would be worth getting scared over!

But not ceiling fans.

Not unless they’re covered in spiders, though in that case we’re going to have to move anyways.