Subtle Differences of Land and Sea 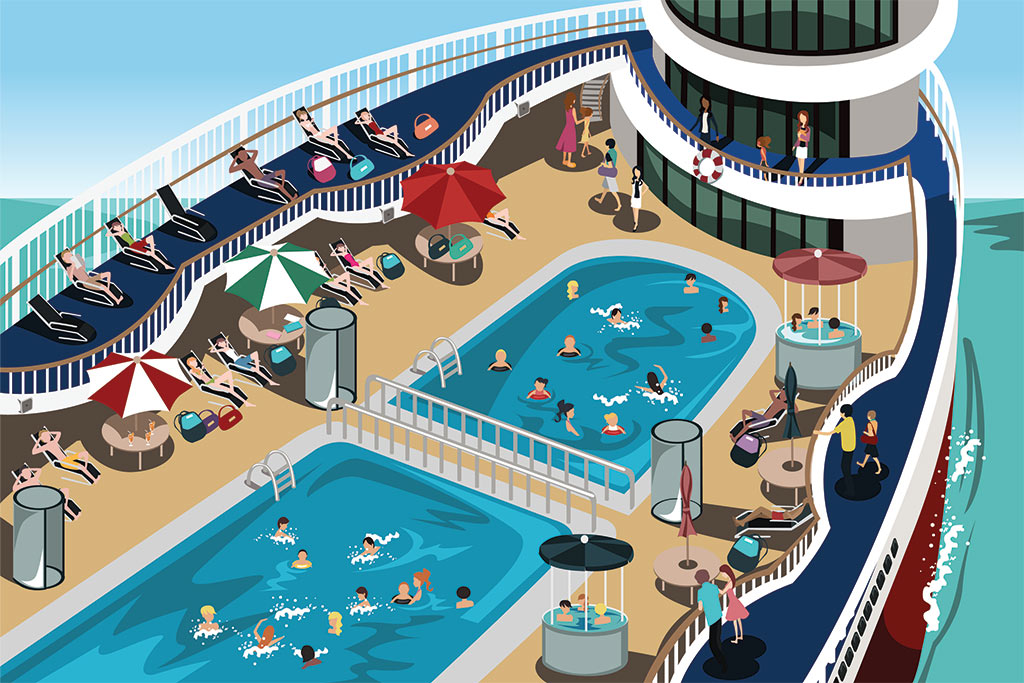 I don’t mean to brag, but my life has been pretty awesome for the last six and a half days.

I can say this because I’ve been on vacation … on a cruise, in fact … and we all know that cruise ships are just about the most relaxing places on earth because where else will somebody make your bed as many times as you dirty it throughout the day, and over pour your umbrella-laden drinks for a modest 18% gratuity, and encourage you to have yet another lobster tail for dinner despite growing concerns that you might actually turn into a lobster yourself before the trip is through?!

There are a lot of things that make cruising superior to just hanging out on boring, old land like a chump, and because I’ve had nothing but glorious free time on my hands over the last week, I’ve put together this short list of why they’re going to have to drag me off this boat kicking and screaming once we finally get back to dry land again…