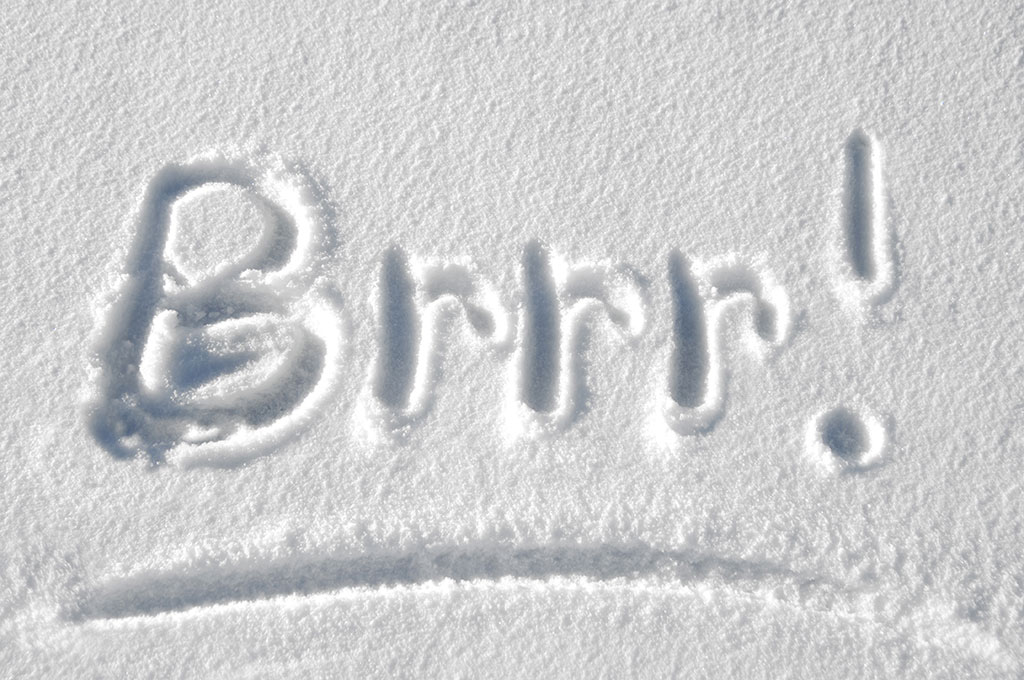 It got really cold this week!

I don’t know if you noticed, but highways in the north were closed due to ice, snow plows were out in full force, and officials were telling people to stay off the streets unless you absolutely had to travel.

Meanwhile here in Florida, I had a devil of a time finding my mittens and I didn’t even bother throwing blankets over the plants outside this year! If they survive this moderately chilly weather we’re experiencing down here, I’ll buy them a gift basket or something next week for their troubles!

When I heard that some states experienced negative temperatures during this blustery week, that alone was enough to make me want to hibernate under a mountain of blankets until springtime. Frankly, I don’t know how subzero temperatures are even legal – that’s the kind of weather that freezes organs and breaks up marriages. Back when I lived in the frigid north of Michigan myself, I used to know that it was really cold out when my nose hairs would freeze the second I walked out the door.

It’s a wonder I made it out of that wild tundra alive, I tell ya!

Nowadays you’ll find me boycotting Florida’s two weeks of winter if I go to get in the car and the heated seats aren’t working, which was something that admittedly felt a little silly buying when it was 95 degrees outside in the middle of May. But those fourteen frigid days when our temps dare to even inch towards the frost line, I’ve got to say that having a nice, toasty behind is often times the highlight of my day…

Granted, our coldest weather here in Florida couldn’t sustain Frosty the Snowman even if you left the freezer door open, whereas it wasn’t uncommon for my father to make ice cubes on his front porch during the chilly months in Michigan, I can’t help but watch the weather report during times like this and think, “Nope! Nope! Nope! Nooooooope!”

Back when I was a teenager, I can still numbly recall one time we went camping with the Boy Scouts where we had to build our own shelters and then sleep in them overnight, which basically meant cutting down a pine tree and then curling up underneath it in a night of prayer that I’d actually still have toes when I woke up in the morning. I survived, miraculously, however when it came time to make breakfast, that became a problem because the propane used for our camp stoves simply … wouldn’t work anymore!

Apparently at around -45° F, liquid propane is no longer able to vaporize from a liquid to a gas to fuel camping accessories like lanterns and stoves…

…which is funny because I didn’t know it at the time, but -45° F is also the temperature at which I think it’s absolutely insane to go camping!

If the weather dips much below 40 degrees positive here in Florida, I’m already gathering up a pile of books that we can burn to keep warm in the middle of the living room and figuring out which of the kids I’m going to send for help when I find that my bare feet have irreversibly frozen to the floor. They say that back in 1977, there was a day when it actually snowed in Tampa, Florida, and I’ve already told the family that if it ever happens again, we’ll be on the next plane to the Bahamas to ride out the storm whether they like eating coconuts three meals a day or not…

Now I’m sure by the time this column actually gets published, Winter Hellstorm 2019 will already be behind us and everyone up north will be emerging from their igloos and snow caves to revel in their snow angels and snowmen and snow vodka tonics or whatever the hell people drink to help thaw out their innards after -20° temperatures. And I, the Floridian, will be back in my flip-flops and swim trunks, relieved that I, too, still have all of my toes, and more importantly, that I didn’t have to sleep under a tree last night like so many Boy Scouts are forced do to around this country every winter.

I’ll still be sleeping under a mountain of blankets tonight, but it’ll be because I want to, not because I have to!