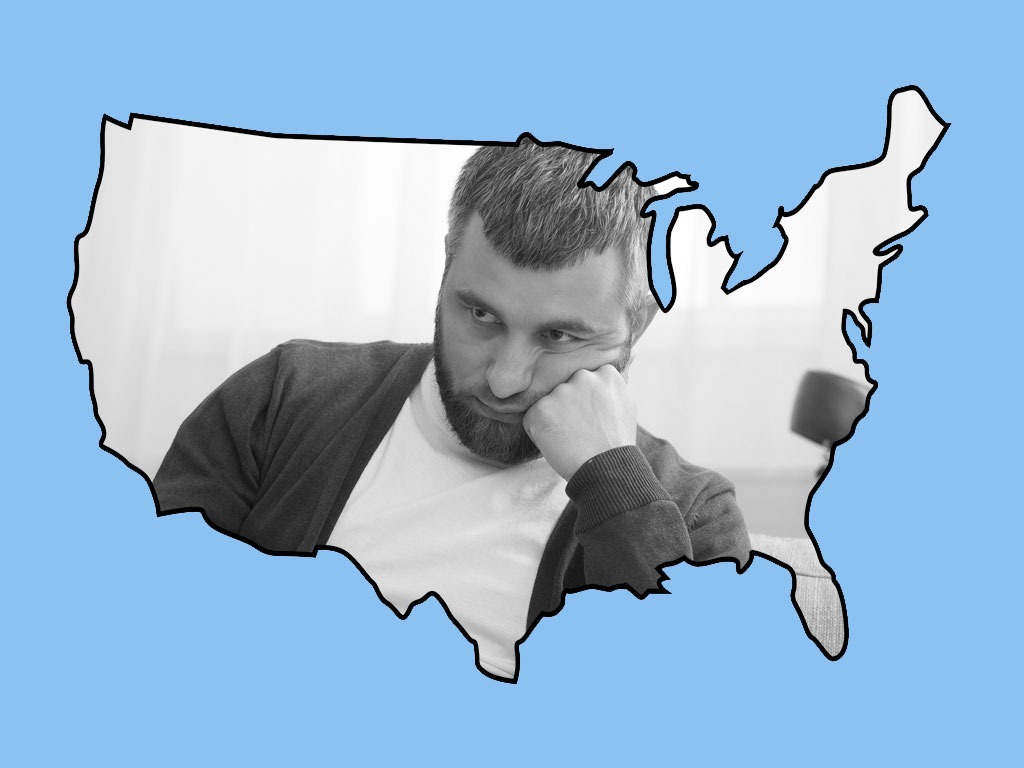 It’s been over a month since the country shifted from being the spunky, out all night up and comer to the stay at home Dad nursing a beer while he watches Jimmy Kimmel, yearning for just one night out with the boys like it used to be…

For some of us, staying at home to avoid spreading Coronavirus has pretty much meant that we’ve had to move up our usual grocery shopping time from 11:30pm to a few hours earlier … and that’s about it. If we actually talked to each other, right now America’s introverts would be scheming about how we can just keep this going forever because for someone who already goes out of their way to avoid talking to people, having a government mandate requiring at least six-feet of personal space is kind of like Christmas came early this year!

But not everyone enjoys being perpetually trapped indoors, and as the dozens of people protesting at their state capitals showed us last week, some of the natives are getting restless and are eager to get back to their happy hours and fishing clubs and whatever else it is that people do in groups of ten or more that consequently is also particularly conducive for spreading horrible diseases.

I guess it would be easier for me to support this idea of “Reopening America!” and “Getting Back to Normal!” if there were signs that COVID-19 was actually “Not Killing an Average of 2,000 Americans a Day!”

Otherwise it’s like celebrating your newfound sobriety while you’re still sitting at the bar slurring your words about how this is definitely going to be your last beer of the night!

We’ll get there eventually, but I think the time for snuggling up with our favorite neighbors and firearms on the capital lawn may be a bit premature, which is why – like I’ve told my kids 45 times a day since this chaos started – it’s time for America to get a hobby.

The glorious Netflix train wreck that was Tiger King served its purpose for a solid week, and as a result we now know that A) keeping tigers for pets is bad, and B) Carole Baskin definitely fed her first husband to those tigers, but now we need something fresh and new.

Maybe we could pick up some puzzles or a book of word scrambles to help keep America occupied and sharpen its brainpower at the same time! Or we could try to take on some fun word problems like these:

The trick is just to get your mind off the thing that you’d rather be doing like toiling away at your usual dead-end job or standing in line for three hours at your favorite amusement park to ride a two minute ride before grabbing a bite to eat in the form of a $15 hamburger and a $5.99 Diet Coke.

There are plenty of things to do around this country if you just get creative about it. You could build a fort out of blankets or brainstorm ways to address your crumbling infrastructure. And if you’re really good, maybe we can go out to dinner afterwards and grab some Happy Meals from the McDonald’s drive-thru.

You can have the toy only after you eat all of your nuggets and give me three ideas for lowering the poverty rate in your local community.

The Humor Column has been published since 1999, currently spans 536 hilarious columns, and is made with 100% Natural Wisconsin Cheddar Cheese.