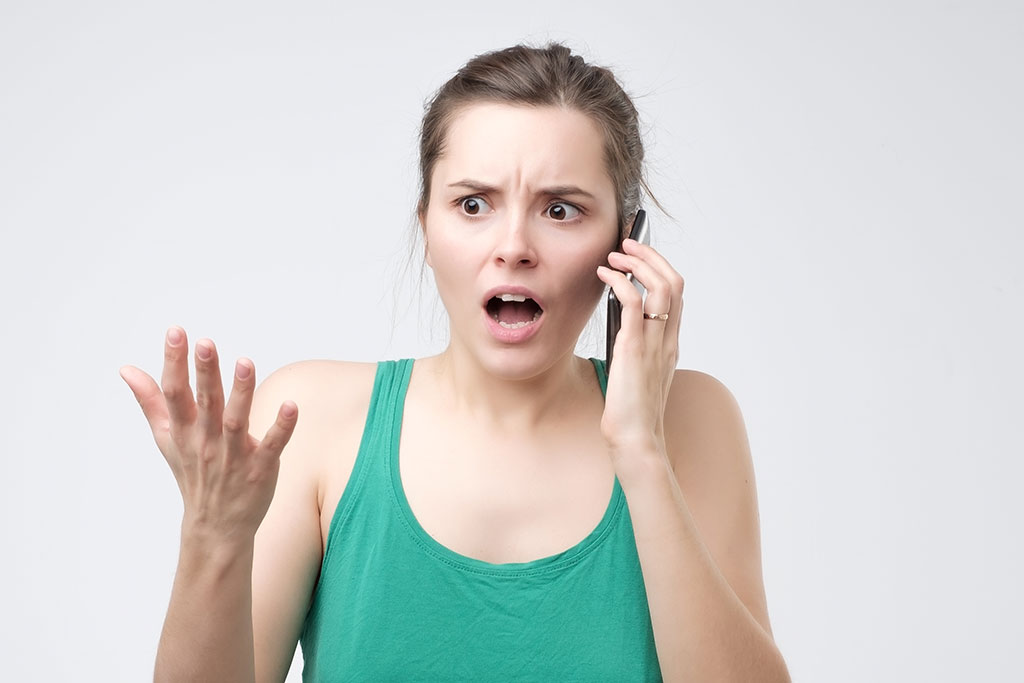 “I want to speak to the manager of the Internet – this website is distracting me and preventing me from writing my humor column!”

Not a week goes by without your smug mug appearing in the news, cellphone in hand as you demand immediate attention for the mildest of grievances. Whether someone is a little kid daring to sell lemonade on the corner without a permit or a black family barbecuing in a strictly non-barbecuing area, we can always count on you to take matters into your own passive aggressive hands and tattle like grown adults do to solve their problems!

I can only imagine what it must be like to actually have a Karen for a friend or family member … if you roll your eyes too much, is there a risk that they might just get stuck that way???

I mean, we’ve all had that person who we occasionally have to pretend that we’re not with when they start sampling food directly from the buffet or telling that story to the poor, unsuspecting grocery store cashier about how they once won a wheel of Swiss cheese in a radio contest in 1972. But make no mistake – those uncomfortable weirdoes are a world apart from the full-on dagger eyes with a blonde bob and zany-patterned leggings that the wild Karen has become known for along with her signature mating call…

“Why are these tomatoes so ripe?! My husband didn’t do two tours in Afghanistan for me to have such lousy produce to choose from!”

“What do you think you’re doing sitting there in your car on this public sidewalk?! My little Skylar said you looked at her funny when she was trying to pop your tires with her Crayola scissors … what’s wrong with you???”

From their perspective, Karens are just looking out – for their property values, for their own high strung expectations, and even just “people” who are up to no good. You know the kind, minding their own business except for the suspicious manner in which they’re wearing a hoodie or perhaps carrying a bag of Skittles when they walk down Karen’s upper-middle class street…

It’s a Karen’s Intuition that has that cell phone at her ear with the non-emergency number for the local police department on speed dial.

Who even knows what the non-emergency number for their police department is?! There’s a reason why 911 only has three digits in it because the chances of the rest of us remembering any more than that are just about slim to “I’d like to report an unusually menacing crack in the sidewalk that almost tripped me up.”

I don’t know about you … I’d like to give more Karens the benefit of the doubt when they’re ranting like a lunatic in the park about pigeons conspiring to shit on their freshly waxed BMWs, but when it comes to them ranting because they’re kind of, sort of racist … I just have very little patience for their brand of lunacy anymore.

If you’re looking to be more than a little ridiculous and be really loud about it because the manager isn’t honoring that 5-for-$1 margarita coupon you found on Facebook for ladies night at Applebee’s … whatever, you do you, you mop bucket-quality margarita guzzling cheapskate in sensible footwear! Just try to tone down the comically self-sensored “frick-bombs” in front of my kids and we’re game to sit back and watch the show…

It’s when you’re looking to call the coppers on other skin tones for the sheer reason of existing where you don’t think they should exist that I have a problem with Karens because as I try to teach my kids, we don’t judge a book by its cover unless said cover features a 40-something Mom in capri pants going off on somebody who just spent the last hour and a half wandering aimlessly around the same Target as she did, all because they parked an inch too close to her new car which is way nicer than anything that you could probably afford unless you’re a drug dealer or something.

Which is why going forward I propose categorizing our Karens into two unique groups:

Granted, there’s a good chance that some of the Karens out there won’t approve of this brilliant, new classification system that I’ve devised here to sort them into the tolerable and those to consider pushing off bridges if the opportunity arises.

Feel free to take it up with my manager.

He’s kind of a jerk, but at least he’s a fun, lighthearted, amusing sort of jerk…

The Humor Column has been published since 1999, currently spans 541 hilarious columns, and is most definitely not a socialist plot to takeover the local Toys 'R Us.