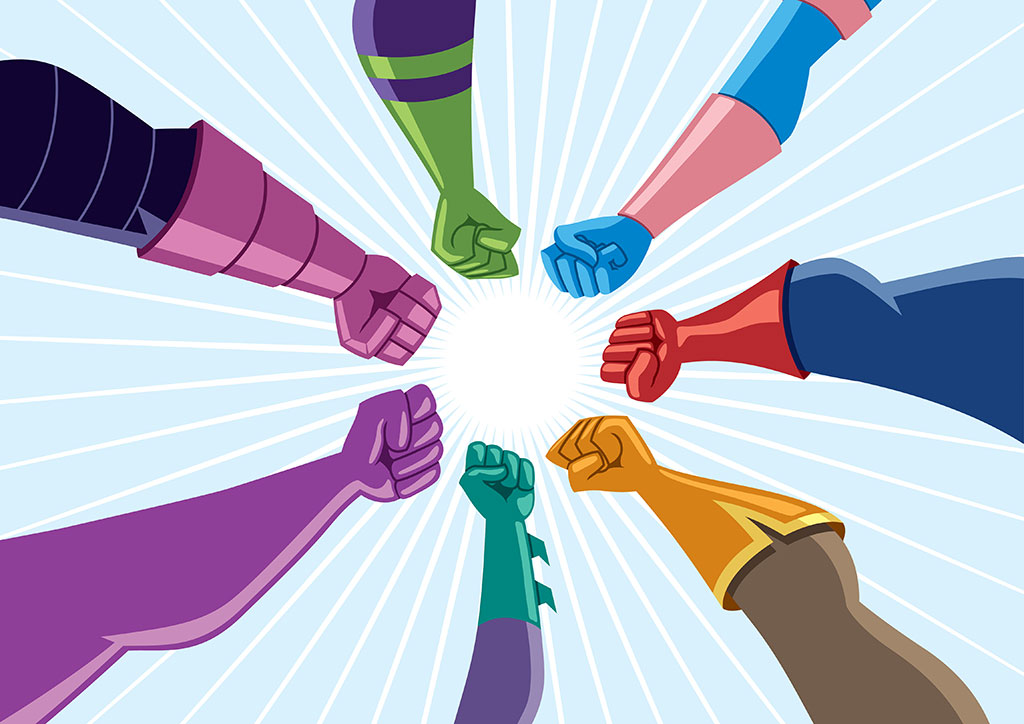 “The mask isn’t for you – it’s to protect the people you care about.”
— Batman

Can you believe that we’ve had five months now to run around wearing masks like superheroes and some people among us still don’t want to do it?!

They could pretend to be cowboys or bandits or even gynecologists while wearing their masks, but instead they’ve opted to pretend to be misinformed alarmists, cowering about being deprived of oxygen … despite the countless highly skilled professions like cowboys and bandits and gynecologists who wear masks for their jobs every day!

One lady cried about not being able to see people’s smiles … though if her predisposition to lifesaving attire is any indicator, she might not have as many smiles coming her way as she’d like to think…

And of course, there’s the crowd that are just against masks because it infringes on their rights … kind of like motorcyclists who refuse to wear helmets because looking cool cruising on the highway with the wind in their greasy, black hair is apparently more important than splattering their brains across the road when that lady who’s still upset about her cashier at the grocery store not smiling at her bumps his rear tire at 70 miles per hour.

I think what scares me even more than individuals with idiotic tendencies, however, is when people in power like politicians do stupid things that affect anyone unfortunate enough to live in the same geographic region around them…

Like Governor Brian Kemp who last month issued an executive order banning communities in the state of Georgia from requiring their citizens to wear masks.

I guess if you just wanted to stop by to drop off cookies or bribes or something?

I mean, I get it. People are frustrated. First they canceled sports and county fairs and monster truck rallies. Then they made kids stay home from school and we were all reminded of just how obnoxious kids can be between the hours of 8:30am and 3:00pm. Now we have to wear these thin pieces of cloth over our mouths and noses to prevent people from sneezing and coughing on each other because 760,192 people have died of that so far this year … where does it all end?!

It’s hard to say because kind of like when your little brother keeps farting in the back seat and stinks up the whole car for everyone, it’s all of these folks who refuse to don masks like their favorite fictional characters that ultimately make COVID-19 just keep dragging on and on for the rest of us.

Want to go Trick or Treating this year? Spoiler Alert – EVERYONE wears masks for Halloween!

Looking forward to arguing with your relatives about the election on Thanksgiving? Ok, so this might not be such a bad thing for us to miss.

CHRISTMAS?! So help me god, I will walk around stapling masks to everyone’s faces if their continued refusal means that Santa Claus might not be coming to town!!!

We all want things to get back to normal … whatever that even is anymore … but we’re never going to get there if everyone doesn’t bow down and comply with the orders that our benevolent government has given us for the greater good of humanity. And it’s just a cloth or paper mask – it’s not like they’re using data that we’ve openly given up through the use of trackable computers that we carry on our persons at all times to construct personality profiles and study our behaviors to make sure that we’re not threats to the national security of our country or anything…

…because that would be CRAZY!

The Lone Ranger wore a mask.

Even Space Ghost wore a mask.

The fact that all of these guys technically wore masks that just covered their eyes is irrelevant! Are you going to argue with The Dark Knight about how much of his face that stinky, rubber suit of his is covering???

Good luck with that!

Wear a mask, be a superhero, and let’s not ruin Christmas for the rest of us, ok?