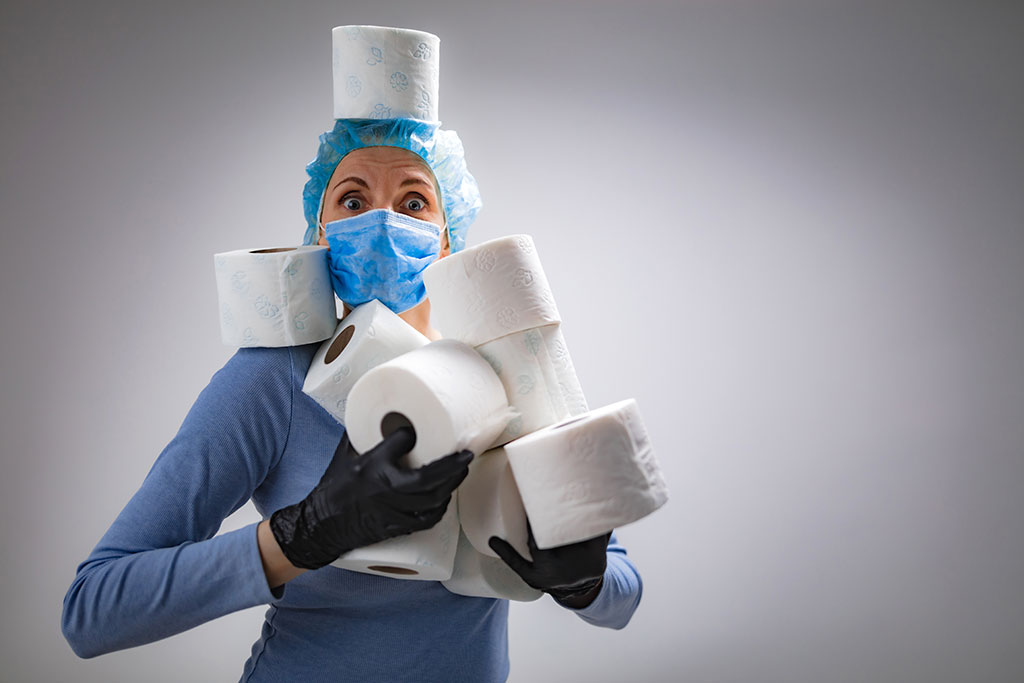 I think that it’s just about every writer’s dream to find themselves locked away at home with nothing else in the world to focus on except for their writing.

Note to self: A global pandemic is apparently NOT the time we’ve been waiting on to crank out The Great American Novel, or even An Ok Transcontinental Sonnet!

For instead of sitting here with an empty screen ready and waiting for me to pour my satirical wisdom out onto the digital page, I’ve found myself suddenly taking on the role of the untrained headmaster of an up and coming school for rambunctious kindergarteners.

I’ve also donned the hat of an adventurous treasure hunter, risking life and limb to dart out into the wild in search of essentials for living like milk and eggs and of course, the ever-elusive toilet paper.

In between breaking up fights over toys and groceries, I become a digital scavenger in search of both the inspiring as well as the downright depressing news about life outside of these four walls as expressed through all forms of social media and proper journalism.

And all of these new jobs are on top of my usual roles of working for a living and trying to keep the house clean from my three Tazmanian Devil-inspired children and occasionally saying hello to my wife in passing as we both scramble from duty to duty while trying not to plunge completely into the insanity that is run of the mill for two working parents with three kids and a dog who won’t just give it a rest already about the lady who’s apparently jogging laps around our block right now as I’m trying to write these very words!

So no, now wouldn’t be the best time for me to commit to writing the most prolific piece of prose meant to inspire generations long after I’ve passed … hopefully not of this particular Coronavirus, if I get any such opportunity to choose.

In fact, I’m a little concerned about anyone who’s too productive during this pandemic because I think we can all agree that these are not normal times and anyone who’s able to take it in stride while they drink martinis by the pool or crank out their art like the world isn’t just exploding into chaos around them should probably check themselves into the nearest mental ward … assuming that it hasn’t already closed its doors due to social distancing restrictions, that is.

A world with nothing but idle time in which to create art would be divine, however right now I’d settle for a world where I don’t have to dedicate an entire afternoon and half of my bargaining chits to finding toilet paper for my household! Maybe when all of this is behind us, we can get together and laugh at my blockbuster screenplay, Harry Potter and the Quest for the Infinite Roll, or gather around the fire to enjoy a few passages from my debut thriller, The Wipe That Almost Wasn’t. I can even see the possibility of a rock opera in the works … maybe Soft and Plush Superstar or even just Roll – an impressive, two-hour long tribute to the darkest days our toilets have ever known, culminating with a spectacular climax in which hundreds of rolls of toilet paper are shot into the crowd with cannons in a display that will show that America, no the world, will never go through another toilet paper shortage ever again.

But now is not the time for writing such masterpieces – namely because all of this talk about toilet paper has reminded me that I’ve still got adventuring to do before it’s too late and the supermarket shelves are cleared out on me yet again!