Just Don’t Fall Off the Boat… 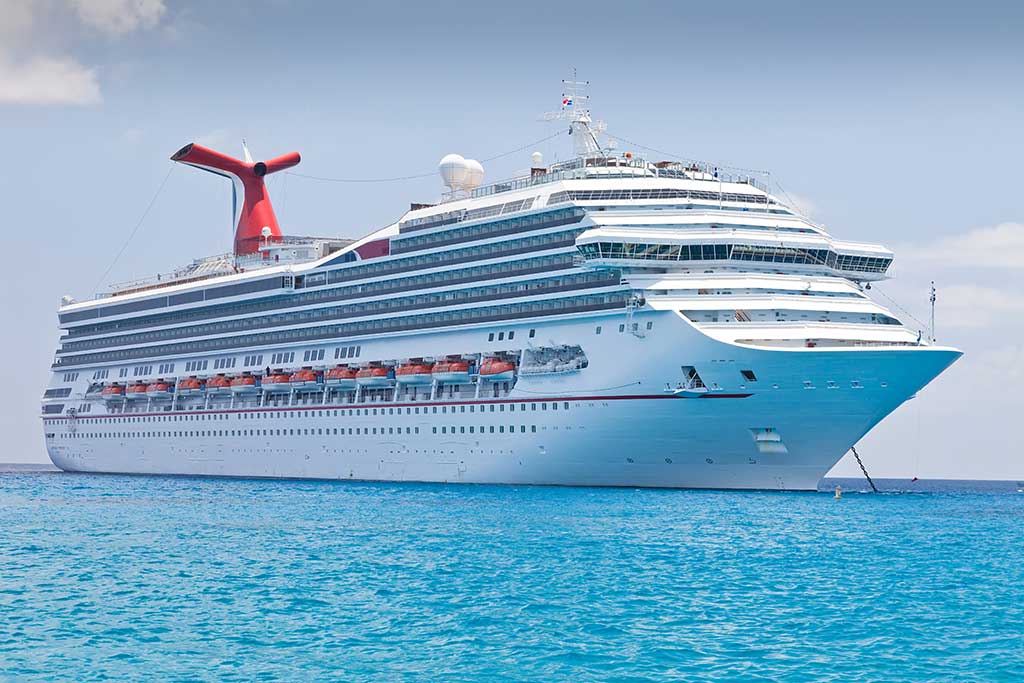 I guess you could say that I have sort of a love/fear relationship with cruise ships.

A few years ago I wrote about the very first cruise that I went on – romantically enough, for my wedding anniversary – and in that particular column, I described a handful of my virgin cruising concerns that included sliding off the edge of the boat via waterslide, getting stranded on a deserted island and not living up to sitcom potential, and of course – the fear that every Carnival Cruise Line guest harbors – that of a pair of sex-crazed killer whales mistaking the ship for a hot, lady whale and attempting to mate with it, a la Night at the Orca Roxbury…

Thankfully, none of those terrible things ended up happening and I think the worst thing we had to endure was the pizza buffet taking its sweet time while calypso music played softly in the background and the nearly cloudless sky twinkled with the light of a thousand stars overhead. The entire weeklong tropical adventure actually went off nearly flawless, to the point where here we are today and yours truly is staring down the barrel of his next cruising vacation!

But there’s just this one thing.

Have you ever noticed how tall a cruise ship is??? I mean, the things are massive, with the one I’m about to board in just a few short hours ranking in at something like 200 feet tall off the water, and with our room being located right near the tippy top on deck #12, that means that simply lounging out on my balcony – with a mere railing and no safety harness whatsoever to hold me in – something like 175 feet is all that will separate me from water at any given time…

Now not that I plan on taking any sort of impromptu dip or anything because that brings up an entirely different portfolio of paranoia for us to discuss, but anyone who knows me can vouch that heights hasn’t always been a thing that I’ve ever been particularly fond of. I don’t like climbing to the tops of ladders, and yet for the next week my bed is going to be hovering some 175 feet up in the air out in the middle of the deep blue sea!

I mean, you never really hear much about cruise line accidents where people have fallen off the boat, presumably because the tropics are packed to the gills with battalions of altruistic bottlenose dolphins that are constantly patrolling the seas to ensure that anyone who falls overboard is promptly rescued with a complimentary lei and a tale to tell their friends back home in the form of a Jimmy Buffett song … but still, even before the whole watery grave portion of one’s plummet, I can’t help but think that doing a belly flop from 175 feet in the air has got to leave quite the mark, if you know what I’m saying.

Granted, during my last cruise I was able to avoid such a perilous departure both by steering clear of the edge whenever possible, and when it wasn’t otherwise avoidable, doing my best to discretely position my lovely wife between myself and the great fall to act as sort of a loving buffer to preserve my own sanity and existence, but for that trip our room was a bit lower on the ship and besides, several years into this whole marriage thing she’s probably by now caught on to my tactics of using her as a human shield whenever my own fragile life might be in danger!

So other than a tremendous fear of heights that will no doubt plague me for the duration of this vacation, or at least the portion of it spent in our stateroom or the adjacent recreational venues, I’m really looking forward to this trip as a way to escape from reality for a while, kick back and relax, and just soak in the warm rays of the tropics for an entire luxurious week out there in the tropics.

That is, assuming I remembered to pack enough suntan lotion. You know that melanoma is the most serious type of skin cancer…