Six Months In, and We’ve Still Got a Baby! 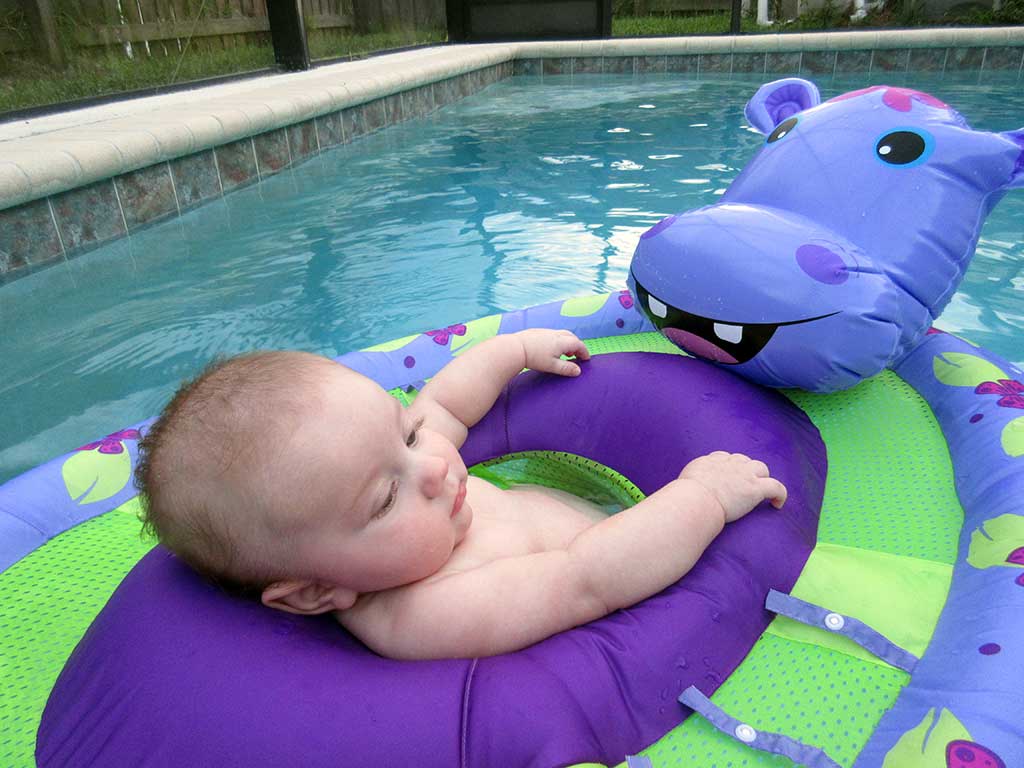 See – that wasn’t so bad, although it probably hasn’t hurt to have a dedicated spouse like mine handy who knows to keep an eye out for those stereotypical new dad-isms like leaving the baby in his carrier on top of the car or accidentally drinking from his bottle and feeding him from a cold, draft beer instead…

Because you know us silly dads, always risking the lives of our own flesh and blood with one momentary lapse of thought after another, or so those commercials for baby wipes and macaroni and cheese would lead you to believe!

For what it’s worth, though, I’m still overall pretty satisfied to have survived our first six months together as father and son without any major damage requiring prompt emergency care on either of our parts, and I’m sure that those holes in the wall by his bedroom will patch up quite nicely once I get enough sleep to figure out how one patches holes left in a momentary rage of sleepless frustration at four o’clock in the morning with the soundtrack of a crying baby to egg him on justly…

Of course, I’ve learned a lot in these past six months of my fatherhood initiation, and so as my dear son sleeps just now on a razor’s edge in the other room, this seemed like as good of a time as any to share with you all my biggest discoveries as a new dad with a six month old baby who’s most definitely now slightly more confident about being able to survive the next six months after having officially crossed this milestone in the pantheon of panic-stricken parenting.

The Kid Filter is REAL!
I always thought that it was terrible how parents seemed to be able filter out their kids’ screaming and crying when they were out in public, but now that I’ve been the guy who just wants to get one last thing at the store so we can go home … I think I’m finally starting to understand!

I could spend my life savings in the children’s section of any bookstore.
It was a known fact going into this whole thing that my goal as a parent is basically to indoctrinate my child with all of the wonderfulness from my own children, but who knew that there are even some modern day kids books that are just as great as the ones that I remember?!

Poop is something that you just kind of get used to eventually.
As I learned earlier this summer, it’s almost not even worth crying about spilled poop because all you end up doing is jinxing yourself. In a way, poops are kind of like people – some aren’t that bad, and some are really gross, and no matter how gut-wrenchingly repulsive you think the last one was, chances are you’re going to eventually encounter one that’s even worse…

Always let sleeping babies lie.
Just as we have learned about sleeping dragons, it’s never wise to awaken a sleeping baby, or even a baby who looks like he’s about to drift off to sleep, for that matter. At least the dragon will have the decency to set your entire home ablaze and nothing much else will matter after that, but good luck getting any sleep once that baby has been stirred from its pillowy lair!

Babies are surprisingly placated by reality TV.
Maybe I shouldn’t be so quick to admit that one, but if it’s an episode or two of Hardcore Pawn to quiet this kid down so that maybe I can actually get a shower or a slice of pizza, that’s a half hour of moral corruption that I’m willing to risk!

Babies require approximately $3,000 worth of random furniture & accessories…
…and all of them need to fit in the trunk at the same time. Strollers and car seats and diaper bags and bibs and bottles and pacifiers and toys – so many baby toys! It’s like every trip out of the house is a timed game of Tetris where the loser has to change diapers for all eternity without that pepperoni pizza that he’s so desperately been craving.

Babies are vicious head-butters!
Like drunken street fighters, but even more unpredictable … and you can’t do anything in response because, well, “they’re babies!” With heads of concrete and the sympathy of an angry fire ant, you just don’t $*&% with a baby looking for a brawl!

Having a newborn is pretty much the perfect excuse to get you out of ANYTHING!!!
Not that a tired … actually, exhausted … new father would ever use his newborn baby as an excuse for getting out of things that he didn’t exactly have the energy to endure – things like meetings or family gatherings or simply random interactions with other human beings that would otherwise eat into his precious and few moments of sleepy time or general resurrection of sanity.

I’m just saying that if he wanted … no, needed to … well, there’s nothing like the call of a crying baby to make someone go, “You know – you’ve got your hands full right now. Don’t worry about it – I’ll just catch up with you later…”