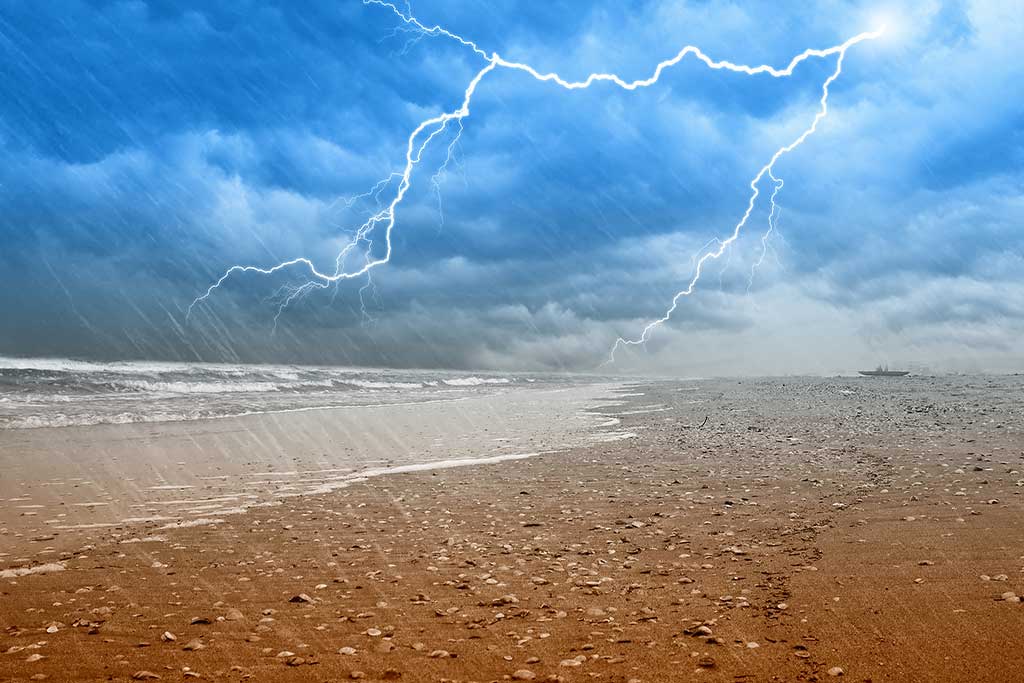 It rains so much here in Florida – sometimes I think about growing myself a nice pair of gills.

In fact, we have an entire season that we refer to as “the rainy season” where it’s pretty much a given to see torrential thunderstorms just about every day … right when you were planning to make a quick trip to the grocery store if you’re anything as lucky as me!

Of course, the real reason that we call it “the rainy season” is because calling “hurricane season” tends to scare off our tourists and we simply can’t afford to see Florida’s entire tacky knick-knack industry crippled because no one comes to buy their seashell art and flamingo-laden snow globes that serve as fine examples of what not to expect to find here in the Sunshine State. Thankfully our tourist traps remain relatively safe – albeit a bit waterlogged – because we’ve been fortunate enough to bob and weave our way out of the paths of most major hurricanes in recent years, but as they say about weather … when it rains, it pours…

…and pours, and pours until occasionally you see a guy paddling his canoe down the street because hey, you can’t let a couple feet of standing water ruin your day!

The rain itself wouldn’t even be so bad except that it’s always accompanied by thunder and lightning, which has a certain way of turning the man carrying an umbrella like Mary Poppins-motif into more of a guy carrying a lightning rod and kinda asking for it as he sings Let’s Go Fly a Kite! obnoxiously off-key through the parking lot-motif. I may not play the lottery because my chances of winning are less likely than those of getting killed by a shark riding an asteroid that’s fueled by killer bees, several of those bees having also won the lottery that day, but in comparison it’s actually pretty easy to get struck by lightning.

Not to mention the fact that somehow I ended up choosing to live in the treacherously labeled Lightning Capital of the Country that is the shockingly waterlogged, but otherwise great city of Tampa, Florida, frankly it just doesn’t make sense for me to be tempting fate around here! And I’ve got one of those gigantic umbrellas, too – the kind big enough to keep Godzilla dry when he’s trying to wrap up a round of golf on the back nine that’s been threatened by lingering storm clouds … but Godzilla is more resistant to lightning than humans are, so he can get away with it while squishy, conductive little me – not so much!

Mind you on one hand, all of this precipitation could certainly be worse because where I originally moved from – the icy tundra known as Northern Michigan – we would generally see the same ridiculous quantities of rain falling from the sky, the only difference being that up there it all freezes into the form of snow before it hits the ground, so while there’s not really much opportunity for canoeing down your street, if you happen to own a snowmobile, go nuts. At least when all of that water is in its liquid form down here, eventually it just sort of flows away or evaporates on its own and you’re done with it, whereas you’re pretty much stuck with snow until it melts … which tended to usually be sometime after Easter, as best I recall it…

On the other hand, however, this rainy season is five months long and I’ve got things I need to do before then that don’t involve me donning a pair of flippers!

Trying to look on the sunny side of those seemingly perpetual storm clouds, though, admittedly there are few things more relaxing than the sound of rain pouring down outside … as long as there aren’t any holes in the roof and said rain stays outside, and those pictures of the guys canoeing down their flooded streets always do make me smile … as long as I’m not the one required to do any paddling. I think we’re safe to say that as long as my rations of Pop-Tarts and sangria hold out, I might just make it through this rainy season a-ok.

Holy %*&$!, that last crack of lightning was still a little close for comfort, though!