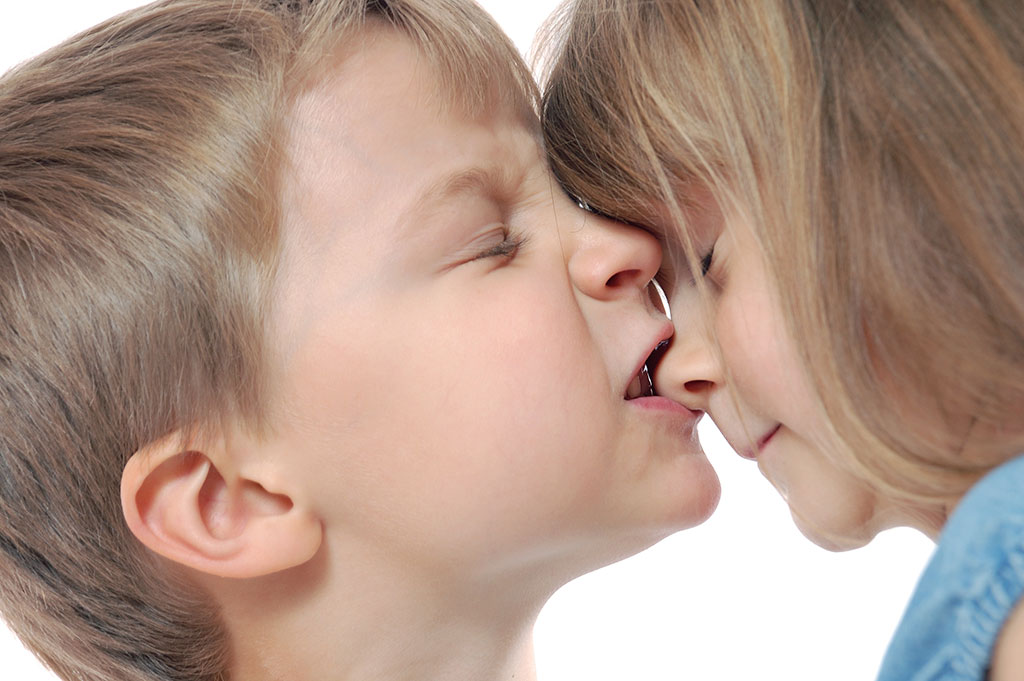 This week I was informed by my son’s teacher that he bit one of his classmates at school.

He’s not even four years-old yet, so it’s pretty safe to assume that it wasn’t to follow-through on a great joke after she had made some comment like, “I haven’t had a bite all day!”

I really shouldn’t joke about this, and if the girl’s parents happen to be reading … SORRY – WE’RE WORKING ON IT???

I mean, what’s a parent to do when their kid starts going to town on the other school kids like he stayed up way too late watching The Walking Dead the night before?!

Was there a Twilight-inspired episode of Mickey Mouse Clubhouse that he watched when I wasn’t paying attention?

Did he somehow get confused about the box of chocolates that I gave his mother for Valentine’s Day and think that girls themselves are also filled with a delicious, creamy nougat to be discovered once you bite through their outer milk chocolate shell??

If anything, I’ve been telling him to steer clear of girls altogether because you never can take those cootie outbreaks too seriously, so unless his Mom has been reading through Alive: The Story of the Andes Survivors with him at bedtime, or perhaps those Cookie Monster videos have been rubbing off on him more than we thought, I haven’t got the foggiest idea where this little nibbling predicament of his came from!

Which of course makes it even more difficult to handle as a parent because really, if “no pushing or hitting” are still hard enough concepts for him to grasp, “definitely no biting” feels like it’s just going to be going over his head at this point. Sure, we can remind him that we need to be “using nice hands” when he pushes somebody on the playground, but there’s no such thing as “nice teeth!”

At least other than a dentistry or teeth whitening context, anyways.

When I first heard the bad news, I tried to sit down and talk to him like any concerned father would…

“Why did you bite one of your friends at school?” I asked him sincerely.

“Choo-choo trains,” he explained without batting an eye.

“Did she take one of your choo-choo trains???” I inquired with a puzzled look on my face.

“Choo-choo trains,” he confirmed with the look of someone who didn’t have the foggiest idea what I was trying to ask him.

What can I say – the kid has really been into choo-choo trains lately, and in hindsight I probably shouldn’t have expected much more than this type of banter from a three year-old who eats, sleeps, and breathes choo-choo trains at all possible hours of the day. For all I know, he may have mistaken her for a choo-choo train and had decided to take a big, old bite out of her delicious smokestack.

I know that doesn’t really make a lot of sense, but nothing does when you’re dealing with a toddler.

For the last year and a half I’ve been telling him not to wipe his nose on the wall. He knows what tissues are because we use them all the time, and yet sometimes when there’s just not a tissue handy … well, let’s just say that there’s always a wall handy to wipe those boogers away!

So it’s safe to say that the biting isn’t exactly the weirdest thing that I’ve seen him do – just a weird thing that he’s doing right now, for some reason. And I’m sure that we’ll get to the bottom of it eventually, though I shutter to think about how many more toddler chomps could take place before we move on to some other bizarre mannerism like wearing his hands on his shoes or spinning crazy like the Tasmanian Devil being his only form of transportation.

Of course, it’s always easier when he does something weird to one of his brothers (sorry, guys!) because at least then I don’t have to look another parent in the eye and tell them, “Sir, I’m really sorry that my son stole your daughter’s stuffed elephant toy and wore it like a hat around the playground.”