Fury of a Million Acorns 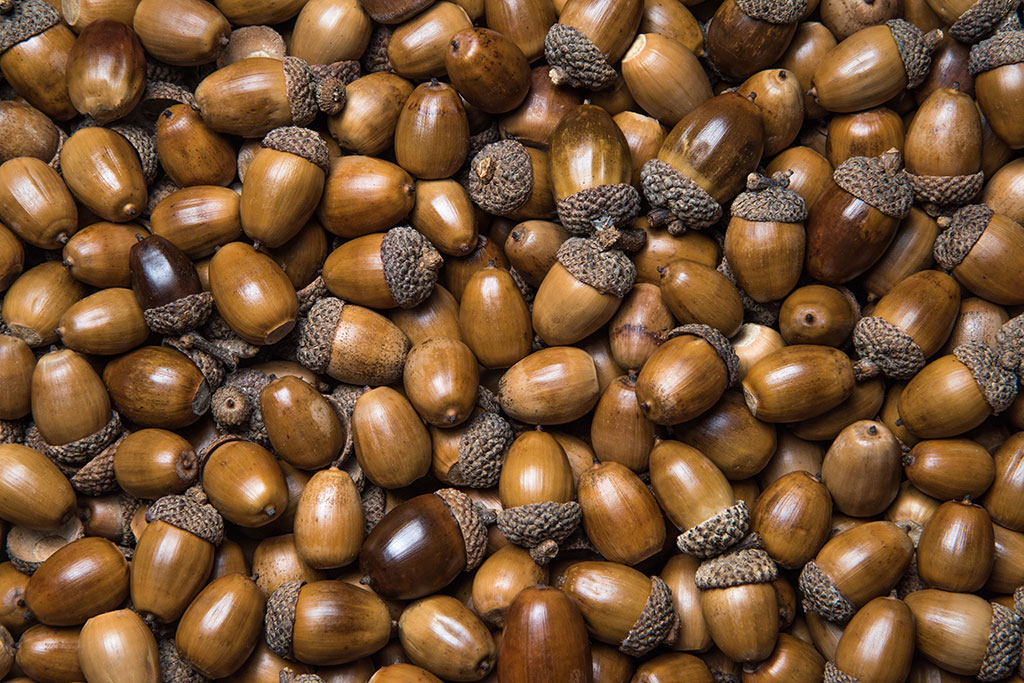 I’ve got a real problem with my nuts.

Wait – that didn’t come out right, did it?

Acorns, nuts, demon seeds – call them what you will, but I’ve got entirely too many of them in my front yard and something’s got to change! It’s to the point where it sounds like you’re walking on potato chips when you try to get to my front door, and heaven forbid you even think about doing it barefoot…

The acorns come from a giant oak tree in my yard, as most acorns do, and I have no problems letting it publicly be known that I hate this tree with every fiber of my being.

If you thought that I hated the bamboo in my backyard, well, know that I would gladly sleep with that bamboo after taking it out for a nice evening of dinner and dancing if it would get this bastard of an oak tree out of my front yard and out of my life forever! It’s like the tree was genetically engineered to drive me absolutely crazy, from dropping leaves in the fall to dropping acorns in the winter to just being a big, old needy drama queen of a tree every other moment in between.

If I wanted to have this much interaction with trees in my life, I would’ve bought myself a tree farm instead of a house!

The other day I went outside to try to shovel my car out of the veritable mountain of acorns that had amassed in my driveway and I’m not exaggerating when I say that I cleared an entire garbage bag of acorns before I was done! My family doesn’t create that much trash in a given week, yet I’m sending bags of acorns to the dump like it’s just something that normal people living in suburbia do nowadays?!

I’d like to meet the “community planner” who came up with the design for our neighborhood and decided that a pain in the ass oak tree in every single yard was a good idea.

I’d like to sit him down in a bathtub and bury him up to his neck in acorns, and then ask him how many oak trees he currently has growing in his yard!

I think the worst is when I temporarily forget that I live in this oaken hellscape, and the radio is loud enough when I pull in my acorn minefield of a driveway that I don’t hear their crunching under the tires of my car, and then I shut off the engine and open my door, and suddenly, “Bam! Bam bam!”

Have you ever ran to your front door like a feeble, little baby of a man because a tree is throwing acorns at you???

It’s not a pretty sight – a grown man crunching his way through the front yard, getting pelted in the back of the head by these tiny seedlings of destruction, knowing truly that it’s really the wind blowing them out of the tree and yet also being downright furious at that tree’s very existence as you struggle with the key in the door to flee to the safety that only four walls and a high wind-rated roof can provide.

One day, when it least expects it, a bunch of guys in a truck are going to show up … because it’s way too big for me to even dream about cutting it down by myself … and those burly men are going to go at it with their chainsaws and wood chippers and whatever the hell else one uses to remove a tree, and as long as it takes later, even if they have to work from sun up to sundown with only the occasional lemonade and their paycheck fueled by my unbridled rage to keep them going, that tree and all of its acorns are going to fall for the last time.

And as it plummets to the earth with a satisfying THUD, I’m going to laugh – because that tree’s not going to annoy anybody anymore once it’s been turned into firewood and mulch for somebody’s garden.

And even after it’s been turned to mulch, I hope that wild animals crap all over that mulch whenever they’re foraging for dinner or whatever around it.

I’m not going to let this anger subside until my nut problem is solved once and for all – you mark my words!