Oh, For the Love of Pants! 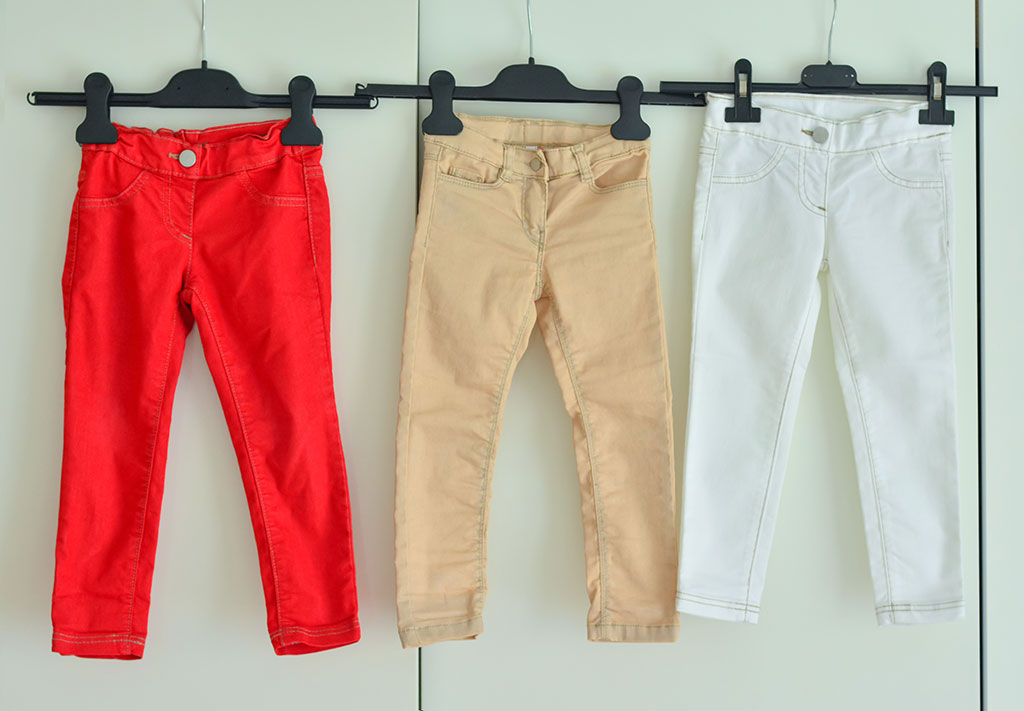 If I had a choice been fighting with my four year-old each morning to get him out the door for school and going to the dentist every single morning … well, let’s just say that my dental hygiene would be a whole lot brighter than my typical mornings are today!

Toddlers are – what’s the word I’m looking for???

They’re indecisive. They’re unpredictable. And they’d probably wear the same disgusting pair of sweatpants day and night for a month if you’d let them.

They’re basically me in my early twenties, but substitute goldfish crackers and chocolate milk for pizza and Dr. Pepper.

Every morning when I wake up, I say a little prayer that maybe, just maybe, today is going to be different, and the kid is going to be excited and eager to get dressed, and we’re going to get in the car without any hassles, and then I’m going to find a suitcase filled with stacks and stacks of non-sequential, unmarked bills…

Instead, we find ourselves going through five different, yet seemingly identical pairs of pants – none of which are acceptable for seeing the four other kids in his preschool class for, like, five hours of the day … an hour of which is naptime.

If my luck rides the way it usually does, after 20 minutes of searching I’ll conclude that the magic pair of pants that he’s willing to wear consensually is already in the dirty laundry, which I’d even be willing to compromise for the sake of moving on to anything else in the world, except that I’ve pulled them out of the laundry bin for him to wear three other times already!

Next we move on to sippy cups…

Having three toddlers, we have a plethora of sippy cups around our house in every color imaginable.

He wants the orange one.

We have one orange sippy cup, and your guess as to where it hides in these ruins is about as good as mine.

It’s also critically important that we find just the right toys to bring with us to school. Except that he’s not allowed to take toys to school, which means they’ll be in his possession for all of five minutes, or just enough time for him to drop them out of reach on the floor as soon as I pull the car out into traffic … which of course is the safest time to be reaching blindly into the backseat in search of, err, honestly I don’t even remember what toy it was, but boy, there sure are a lot of them that aren’t the right one on the floor back there!

We also occasionally have issues with the car itself that I choose to drive him those five minutes to school.

This I understand because I don’t like the car that I drive, either. The brake light on the dash has been on for a year and a half, the door locks work intermittently at best, and a few months ago somehow a colony of ants had taken up residence in the dashboard, which was just awesome when you turned up the AC in the hot months of summer and found yourself instead getting a face full of ants, let me tell you!

The thing is, he doesn’t want to take the blue car.

He wants to take the blue van instead.

Since when do kids have so many preferences beyond which member of the Paw Patrol is the best?!

(it’s Marshall, by the way … obviously)

I think my absolute favorite plea for toddler insanity, though, is the potty dance, which is that moment after you’ve finally gotten them dressed and you’re two steps from walking out the door, and now they want to go to the bathroom.

They didn’t want or need to go to the bathroom the five previous times you asked before finally giving up and begrudgingly moving on with your morning routine!!!

But now … now is the time when they’re definitely, really ready to go, and so you take the shoes and pants and underwear back off, and you sit down on the potty, and the tiniest tinkle of urine visible to the human eye sneaks forth, and then they’re finally done!

Before we go, we’re going to need to talk about those pants again, though, because something’s not quite right…