Naptime is a Blessing 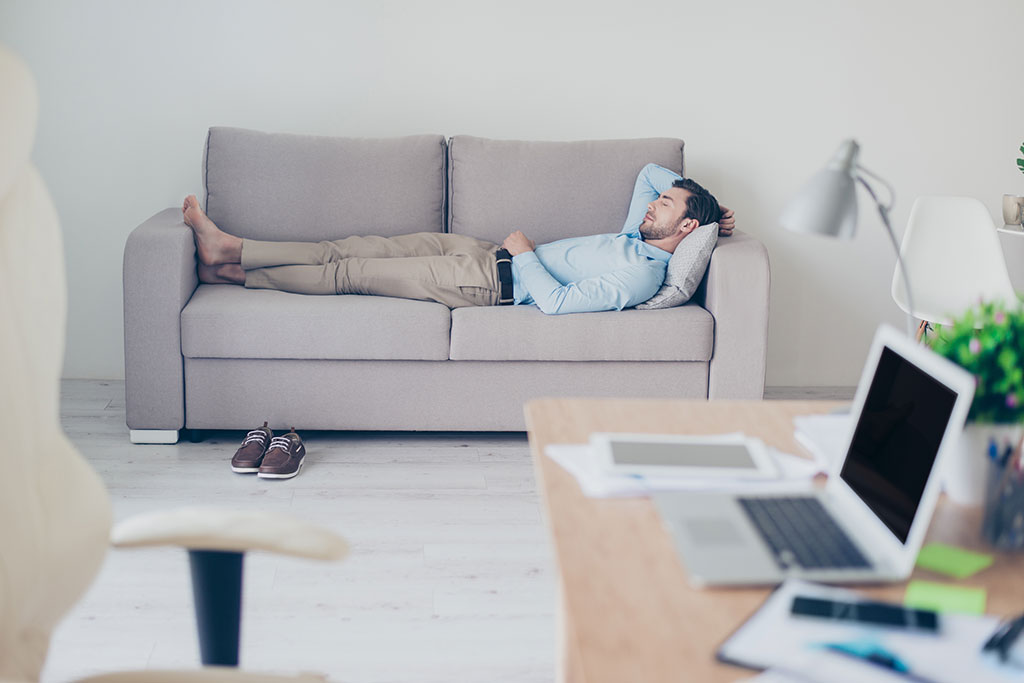 I don’t understand why kids put up such a fuss about naptime. Naps are awesome!

If I had my way, I’d take one every day – just after lunch when I’ve had a good meal, instead of having to feign interest and try to stay awake in an actual meeting.

Meetings at work are like the arch enemy of naps – they’re tedious and unproductive, and by the end most of the attendees have mentally checked out anyways…

Whereas we go to bed at night because we’re tired and daytime is a cruel and unyielding mistress, naps are a gift that we give to ourselves to say, “I deserve a break today!” Nighttime slumber comes to an end with a soul-piercing alarm clock that beckons us into another weekday of mundane pencil pushing, but naps are like a casual breath of fresh air, leaving us relaxed and refreshed to coast through the second half of the day knowing that at least for those couple of restful hours, life was just a little bit simpler.

Unless you’re a kid because apparently to children, naptime interrupts playtime and fun and running around chanting, “No parents! No parents!” like a herd of crazy people who just overthrew their leaders when in reality their Mom and I can clearly still hear them from the other room! And occasionally I try to be the cool parent and let one of them skip their regularly scheduled mid-day slumber, however let me tell you that this has never not come back to bite me in the ass when a few hours later, rambunctious would be a downgrade to their behavior and I’ve gone through multiple methods of ear protection as their collective decibel level grows louder with every hour that goes by since when they should have gone down for their naps.

Plus, kids don’t exactly realize that their naptime is often the only part of the day when their parents can actually get anything done without being hounded for more chocolate milk or goldfish crackers every 7.5 minutes. Those 2-3 hours of quiet time are the sanctuary that parents desperately need to do things like eat lunch and call the insurance company and take the dog to the vet because one of them thought it would be funny to light the dog’s tail on fire.

Oh, and actual work, too! Can’t forget that stuff…

I know that eventually my kids will grow to the age where they no longer take naps. My seven year-old is at that point now, which is ok because by himself he’s typically good to entertain himself with video games and online gambling and whatever else it is that kids do on their iPads these days. What worries me, though, is that once the other two get a little older and age out of mandatory naptime, that’s when they start to conspire against us once they’ve got a quorum to bounce bad behaviors off one another for maximum effect…

It’s never a good sign when you walk into their bedroom and not only are the kids all huddled around a circle in the corner, but they’ve hastily thrown a blanket over whatever is between them and they’re looking up at you doing their best to restrain the biggest fit of the giggles that they’ve ever faced. Your best case scenario is that they stole a full box of cookies or fruit snacks from the pantry and they’ll be bouncing off the walls for the next two hours.

Less comforting is that they were in the middle of sacrificing something to Apophis, the God of Chaos, and your unexpected interruption caused them to open up a portal through which all sorts of noisy and obnoxious toys and creatures will pour into the sacred grounds of your home. If only you’d made them take their naps!

All we can really hope is that one day when they’re much, much older, and they’ve become parents themselves with crazy children of their own who are in desperate need of a daily settling down, they stick to their guns and enforce the naptime ritual for as long as they can hold out.

And while the kids are asleep, they use that time to grab a quick catnap for themselves – just as their own father once did whenever the opportunity presented itself for the taking.