No, Mom Didn’t Say That… 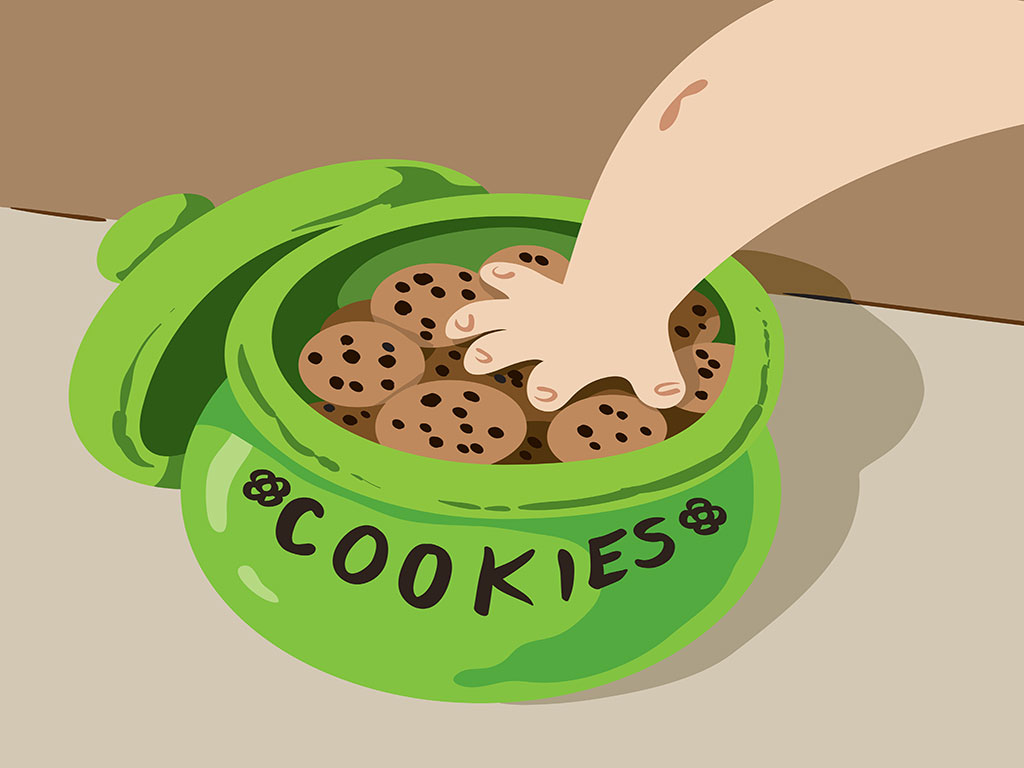 “Mom said I didn’t have to pick up my toys.”

“Mom said I could have cookies for lunch today.”

My kids must think that I was born yesterday – which is conflicting because recently when asked how old they thought I was, one of them answered, “ONE MILLION YEARS OLD!”

This clever ruse of thinking that a married couple who’s been together twice as long as their eldest has existed on this green earth doesn’t talk to each other about the daily mischief that they get up to around here is almost as comical as the extremes to which their innocent, little hearts exaggerate the latest scheme that they’re trying to pull off…

A Helpful Tip to Any 4 – 7 Year-Olds Currently Reading This Column – If I normally give you one cookie or maybe two cookies if we’re having a good day, you’re a lot more lucky to hit the jackpot by asking for three cookies than asking for twenty-seven cookies!

This same rule will apply throughout your lives like when you’re asking for a raise or someone to watch your kids so that you can get away and try to restore your sanity for a long weekend … if I walk in and tell my boss, “I’ve been working really hard lately. I clean up all of my messes and am never late for our calls, so I would like a $14 million raise please…” I’m likely to get the same dumbfounded response as if I were to ask a beloved family member “to just watch the kids for a couple of months for us” so that we can take a break.

You’ve got to have a general grasp of what’s realistic when you’re asking for something, which kids obviously don’t have because the vast majority of their known barriers are Mom and Dad throwing out arbitrary reasons why they can or can’t do something! For example, just today my oldest son very much out of the blue asked me, “Dad, have you gotten any more money yet?”

…you know, as if I get money by walking into our neighborhood bank with a couple of sacks with green dollar signs painted on them and just ask the teller merrily to, “Fill ’em up, please!”

By my best guess, I’m thinking I probably told him at some point that he couldn’t have a new toy or video game because I didn’t have any money, so in his young, developing brain, it only makes sense that he should check in with me later to see when, in fact, I’ve gotten more money so that I can buy him whatever easily breakable plastic toy he has his heart set on this week!

In hindsight, I’m surprised he didn’t ask his Mom whether I’d gotten any more money yet…

Kid logic can be amusing, though, because that same innocence from reality is also what prevents them from realizing that giggling incessantly when they’re playing hide and seek is a poor strategy for success or that the goldfish they affectionately know as Goldie has actually been fourteen different goldfish because much like themselves, pets need to be fed more than once in their lifetimes.

…and they’re definitely not interested in eating Goldfish crackers, even though “they’re right there in the name, Dad!”

In the battle of who was born yesterday, any of them are a lot closer than me, and if it gives my wife a quiet evening alone in the tub, she might just be willing to go along with Operation: Supper Sugar Splurge too!