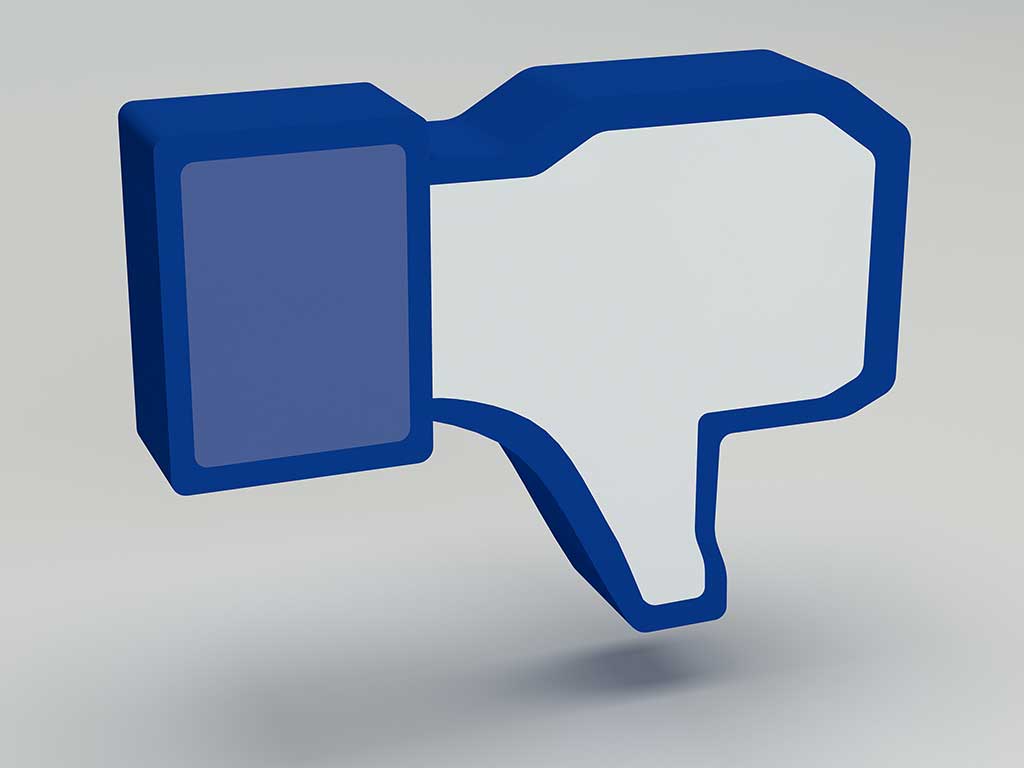 Being unfriended on Facebook is pretty much the worst thing that can happen in modern society today.

Hit by a bus? Life insurance claim for your next of kin.

Eaten by a pack of hungry wolves? Hey, wolves gotta eat, too – circle of life, baby.

Left by your wife for another man who’s employed as a birthday clown and has been waiting in the wings to swoop in and whisk her away with a dazzling array of balloon animals ever since your sons sixth birthday party? As long as she waited until after the divorce to change her Relationship Status on Facebook, it’s still not as bad as being unfriended.

Because all of those other things, even getting devoured by wolves … in fact, especially getting devoured by wolves … those are all things that you know about when they happen! You see the bus, or the teeth, or the missus packing her suitcase and throwing all of your underwear out on the lawn in the process, but when you find yourself being unfriended by somebody on Facebook, that’s just it – you have to find it for yourself…

It’s not like when you add a new friend and Facebook makes that little message pop up on your screen, and trumpets announce the latest addition to your Facebook family. When somebody unfriends someone else on Facebook, that kind of news is kept locked up tight and nobody tells no one until you’re stalking through people’s Facebook photos at three in the morning … because there’s no legitimate reason to be on Facebook at three in the morning … and suddenly you come to find out that Cool Bobby from your poker club or that reasonably attractive blonde from Accounting that totally said hi to you in the cafeteria that one time no longer has any photos or posts visible to you, and you realize that because you’re surprisingly not drunk and are definitely still logged in, there’s really only one other explanation for what’s not laid out in front of you.

It’s the worst feeling in the world, like some casual acquaintance was just sitting at his computer earlier that day and somehow came to the harsh conclusion, “Dave?! F that guy!” And forget you, he instantly did as he clicked that little grey box like he once did in good friendship many moons ago, and just like that, every random comment about each other’s mindless ramblings or weekend boredom … gone.

Well, it’s not gone – technically anyone who’s still Bobby’s friend can totally see every last drop of wit like it never disappeared, but not you. For you, Bobby’s profile is now as bare as the wall where you would hang photos of the two of you if you had ever actually done anything together in real life. But you didn’t, and now because you’re no longer digital friends on Facebook, you probably never will, because Bobby’s still got 471 other Facebook friends and Bobby doesn’t need you anymore!

If you ask me, and let’s just assume that you did on account of the fact that you’re still reading this column ten paragraphs in, there should be no such thing as unfriending somebody on Facebook just like there’s no button for Disliking something or telling a friend, “I swear to god, if you poke me one more time I’m going to come through the world wide web and poke a hole in your esophagus…” No, friendship on Facebook should be just like friendship in real life – you can never really unfriend somebody, so pretty much the best you can hope for is to hide them from your news feed and never respond when they invite you to do stuff like play stupid games at three in the morning and come to their kid’s “baptism” or whatever, like that’s even a real thing…

Avoiding the “friends” that you don’t really want to be friends with anymore is how we adults do things here in the real world, and it’s how friendships should be handled on Facebook, too. No awkward, three in the morning discoveries that your friends list is a little lighter without explanation, no blocked messages at 3:07am when you find yourself suddenly enraged and want to know right now what the hell Bobby’s stinkin’ problem is, anyways?!

Just calm and peaceful, apathetic and empty friendship – like our founding fathers would’ve wanted if they had ever known that all of the heroic and terrible things that they did throughout history would eventually lead to the creation of the Internet and ultimately this worldwide social network known as Facebook in the first place.

As the great Abraham Lincoln was once quoted as saying – “Dave?! F that guy!”