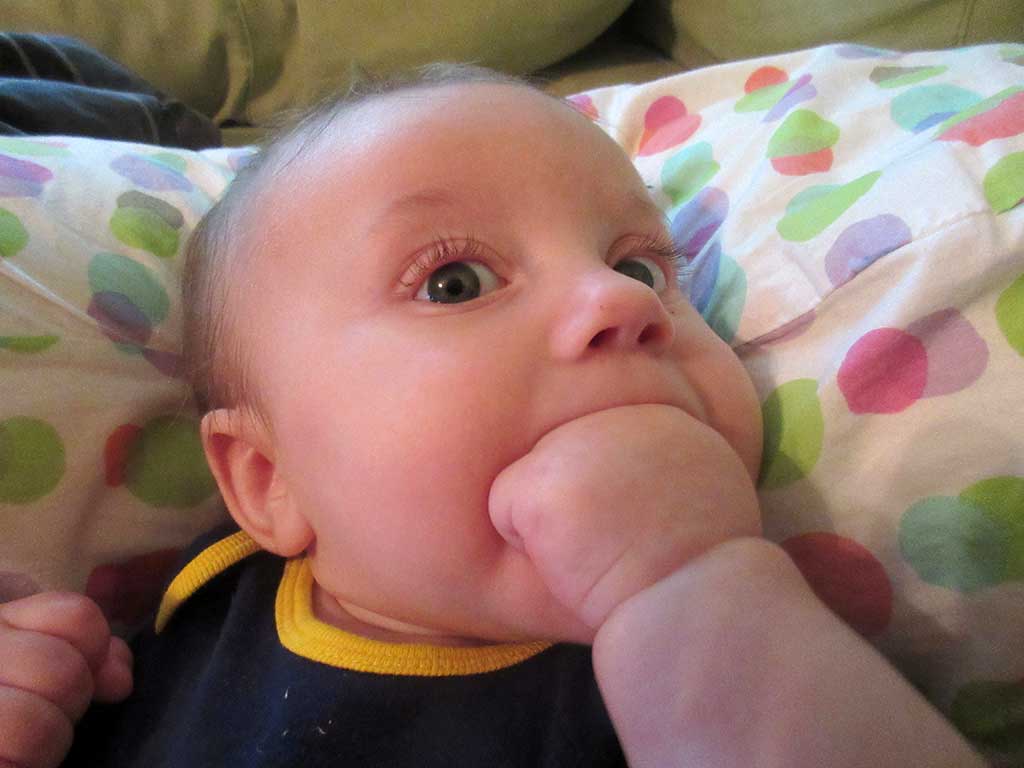 All I want is one day where this baby sleeps consistently like he did the night before.

Also, a day without mega poops … the kind that peel the paint from the walls and make you want to claw your nostrils out of your face to boot.

And as long as we’re just making abstract wishes here that are never in a million years likely to come true, a pepperoni pizza the size of my house would be pretty swell, too!

Being a new parent is tough, and tedious, and I’m still not sure if they give away awards for it or anything, even though I keep checking my mailbox every day just in case. People tell me that becoming a new parent must give me all sorts of new material as a humor columnist, and they’re right! Already I could probably write no less than a three volume reference set citing the joys and woes of diaper duty alone…

…but when would I write it?!

That, therein lies the real new parenting conundrum, so while I continue to work on solving the mysteries of time and baby food, here are some of my latest observations that may very well encompass the new format of my beloved humor column here for roughly the next 15 – 17 years!