An Invention a Day Keeps the Gators at Bay 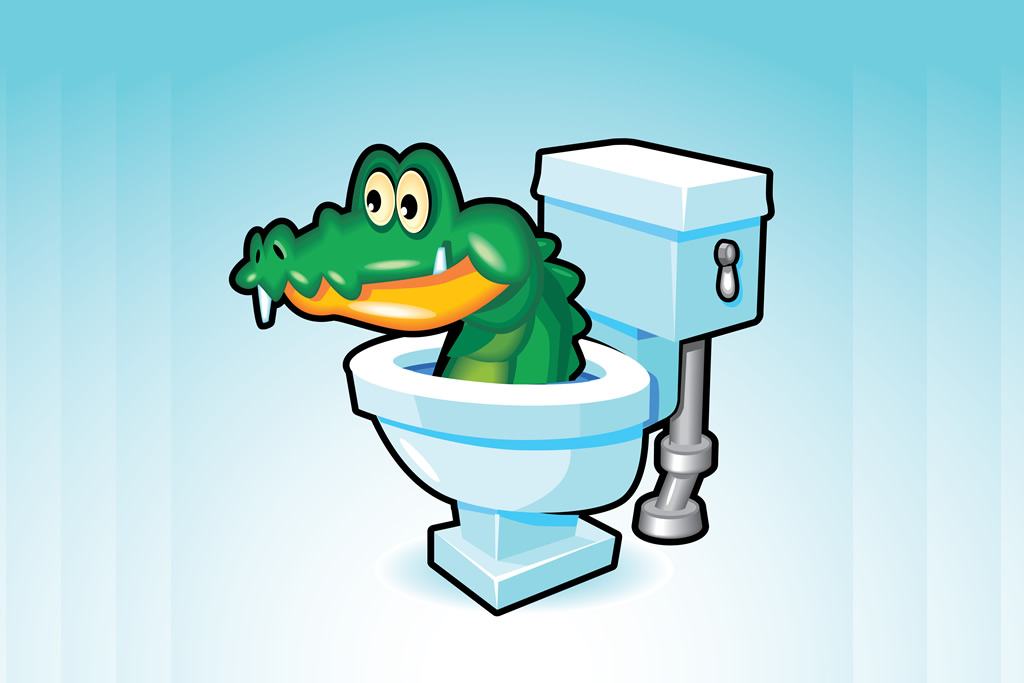 I don’t think I’m really speaking out of turn when I say that here in the 21st century, our good, old friend science has kind of been slacking just a little bit lately.

Between our latest craze of the hover boards that don’t actually hover and the distinct lack of flying cars in general that science fiction and Jetsons cartoons from fifty years ago all but promised us, if there’s one thing that mankind at large is in desperate need of in 2016, it’s some one of a kind, incredible, new inventions!!!

The thing is, coming up with new inventions isn’t hard, as I will now demonstrate with a mere handful of the great ideas that I’ve managed to crap out on just this random Tuesday afternoon alone…

Remote Control Lojack
As a 35 year-old man with wife and child under this same roof, I would estimate that roughly 85% of my time on a weekly basis is spent looking for remote controls. Sometimes they’re buried inside of the couch, sometimes they’re lost in my toddler’s ball pit because yeah, we’re the type of parents who would buy our kid his own ball pit, but regardless of that, some sort of simple, GPS-powered device tethered to each of the magic channel-changing wands in our house would pretty much revolutionize my productivity … or at least redirect it towards instead finding something to watch on TV…

Ceiling Fan Duster
Have you seen how much dust accumulates on top of the ceiling fans in your house? Have you ever tried actually dusting them yourself? I sure haven’t, and with this amazing device – thank god – you’ll never have to, either! Using revolutionary drone-technology, this patent-pending product hovers quietly above the heads of you and your loved ones, just waiting for that unsightly dust to accumulate before BLASTING it out of existence with a military-grade incendiary mechanism that the Department of Defense has asked us not to talk about.

Personal Toilet Alligator Alarm
If you’re anything like me, you’re terrified of an alligator nipping at your intimate parts while you’re enjoying a leisurely sit on the toilet. How this invention of safety wasn’t included when the very first toilet was designed back in 1596, I have no idea, but I’m sure if John Harrington were alive today he’d be here to personally apologize for not coming up with such a lifesaving innovation centuries earlier. The concept is simple – the moment alligator vibrations are sensed anywhere within your house’s plumbing or the nearby vicinity, a giant bullhorn warns you to get the hell off the toilet until either the gator leaves to chomp another day or you call a guy to professionally dispose of his sneaky snout.

To Go Parking Ejector
Kids these days, they ain’t got no respect – I tell ya – and one thing I’ve noticed all too painfully lately is that this lack of respect equally extends to those To Go Parking Only! spots outside of my favorite restaurants. Five minute parking doesn’t mean, “No, it’s cool to park here so you don’t have to walk ten feet farther before going in to dine for an hour and a half…” and this invention will serve to right these blatant abuses of parking lot courtesy by  detecting non-to-go diners and automatically ejecting their vehicles – into the sun – because damnit, these kids gotta learn to respect the system one way or another…

An Actual Diaper Genie
Anyone with a child older than two days’ worth of diapers will vouch that the nursery staple known as The Diaper Genie isn’t nearly as magical as its name suggests. Give me a time machine, a regular garbage can, and some air fresheners and I could’ve saved myself twenty or thirty bucks … but what if a real diaper genie existed, eager to whisk away all of those nasty and two-times-beyond-nasty diapers to some Cave of Wonders far, far away where we’d never have to smell their putrid aroma ever again?! No more bags to run out just when the mother load finally hits, no more split bags that scatter dirty diapers eight ways til Sunday down the hallway – just a magical spirit tasked to any parent’s one true wish … to never have to think about a dirty diaper ever again!

And all of that was even before I had my mid-day cherry slushy, scientists of the world, so take note that it’s time to get off your lazy keisters and get back to making this world a more awesome place … particularly for those of us who fear alligator attack every time that we go to the bathroom.

I’ll be here all week if you need any more brilliant ideas, or at least until I manage to find that stupid remote, anyways…