Learned From the Parents of Twins… 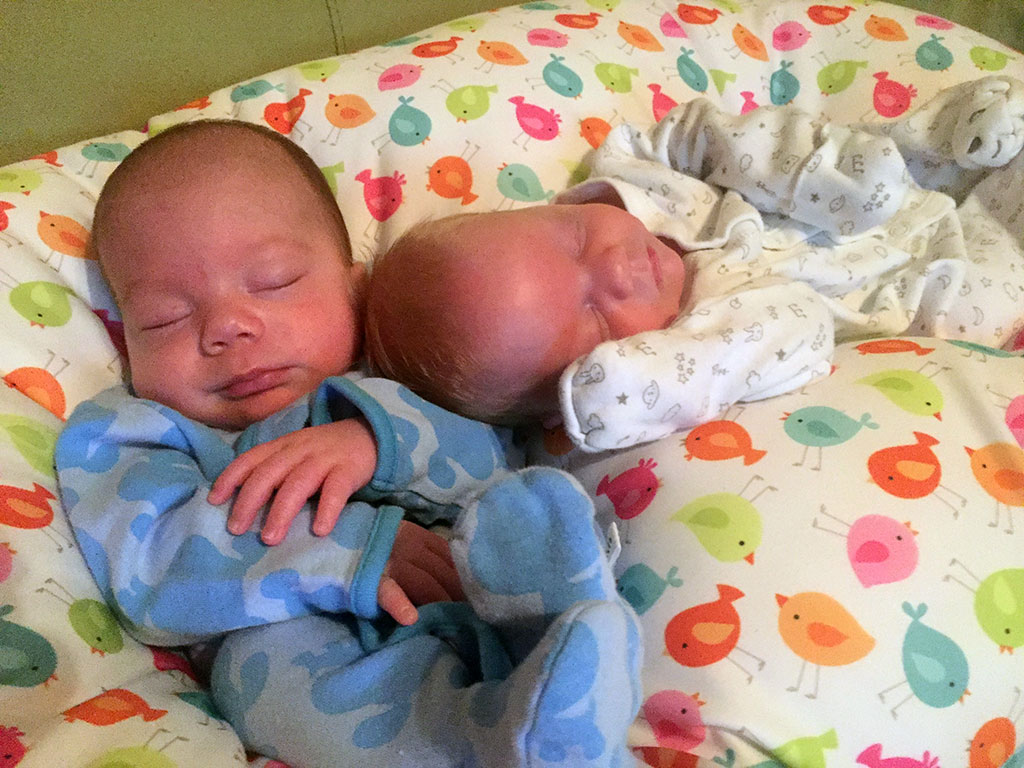 Being a parent of twins is a lot like being a parent of only one child, except that when you’re seeing double from lack of sleep the results are exponentially terrifying…

That said, even with these newborn twins that I recently added to my clan now officially being home occasionally sleeping in their own beds, I’ve already managed to learn by force quite a bit about caring for twins that I hadn’t really thought about during my previous service in raising their now slightly older and more apt to fling yogurt around the house brother.

Between all of the dual feedings and dual diaper changes and dual adorable photo poses like the one attached to this column, what can I say – parenting twins is exhausting, in a partially awesome kind of way!