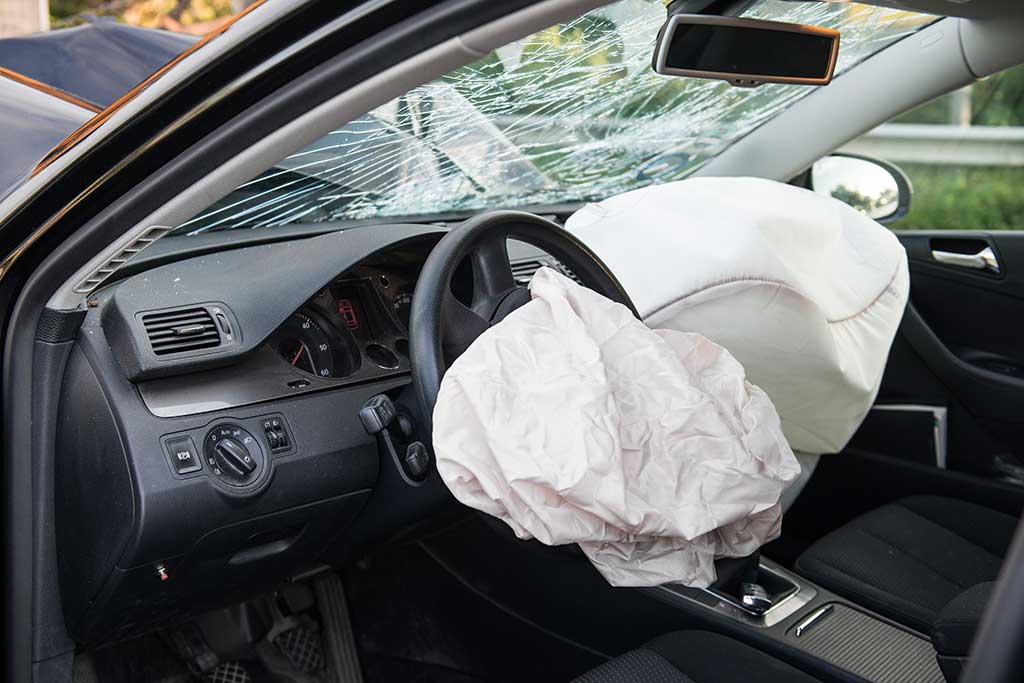 It was a little over six years ago that my wife and I strolled into our local Rhonda dealership to buy her a new car from a charming salesman who also happened to be named Scott … no relation, mind you.

The car was everything that she was looking for – it was a hybrid, promising to burn slightly less gas than a Sherman tank back in the days of $3/gallon, it had all sorts of fancy, new features that would prove to be rather annoying once we realized that a car’s ability to critique your driving isn’t necessarily the greatest thing, and it was blue … so there was that, too.

Looking back at the whole experience, I thought we’d gotten a pretty good deal on my wife’s Rhonda and for years it has always seemed like we’d managed to navigate the treacherous maze of shady car dealer tactics and came out the other side with a fine, reliable automobile that we could rely on for many years to come. And then we started getting recall letters in the mail this year…

“Rhonda has decided that a defect which relates to motor vehicle safety exists in [your vehicle] … metal fragments could pass through the airbag cushion material possibly causing serious injury or fatality to you or others in the vehicle.”

This letter was specifically for the driver’s side airbag; symmetrically, just last month we received a similar letter for the passenger side…

“Rhonda suggests that you avoid having a passenger sit in the front passenger’s seat until the recall repair has been performed.”

Now I don’t mean to be a safety prude or anything, but even six years ago when I was younger and less conscious of my own mortality, I’d like to think that had our Rhonda dealership mentioned “Vehicle’s airbags may shoot deadly, metal fragments into driver and passengers” as one of the features on the car’s window sticker, we might’ve given slight pause before jumping into this particular automobile purchase, even as blue as that new car most definitely was! There are enough perils driving around on the mean, suburban streets of America outside of the car without also introducing the car itself as just another thing that could kill us all at any given moment.

Do I blame our charmingly-named salesman Scott for this shrapnel-oriented err in good judgment?

Not really. His job was to sell the cars, not inspect each and every one for any potentially life-threatening design flaws that are perfectly preventable further up in the supply chain. But for the Rhonda Automobile Corporation, I sincerely hope that’s somebody’s job … and this series of recalls kind of makes me wonder … because if you buy airbags from a guy on the street and he gives you a sly wink when you ask him, “So these won’t potentially shoot deadly, metal fragments into the passengers of our cars, right?” then “maybe” you shouldn’t buy your airbags from that sneaky guy on the street anymore.

You don’t really have to do a consumer poll or anything to guess that 100% of automobile drivers prefer to not have their vehicles’ airbags shoot deadly, metal fragments into themselves and the other passengers in their car.

That’s just not a feature that us consumers are looking for.

At least Rhonda is doing the right thing now and replacing these terrifying airbag-deflater, shrapnel-catapult-whatevers, so that’s something … I guess. I’m not really sure what I’m supposed to do with the car until they can be replaced because it seems like even merely looking at this thing the wrong way could cause it to shoot deadly, metal fragments into the sky like some sort of vehicular Yosemite Sam. Sure, it hasn’t maimed any of its riders up until this point, but that doesn’t exactly make me eager to arm the entire family with flak jackets just for a trip down the street for ice cream!

Maybe next time we’ll just have to bite the bullet and go with a Royota instead – certainly they’ve got a blue car in their line-up and a salesman whose name is my name too who can sell it to us, right?