Notes From a Recovering Pumpkin Addict… 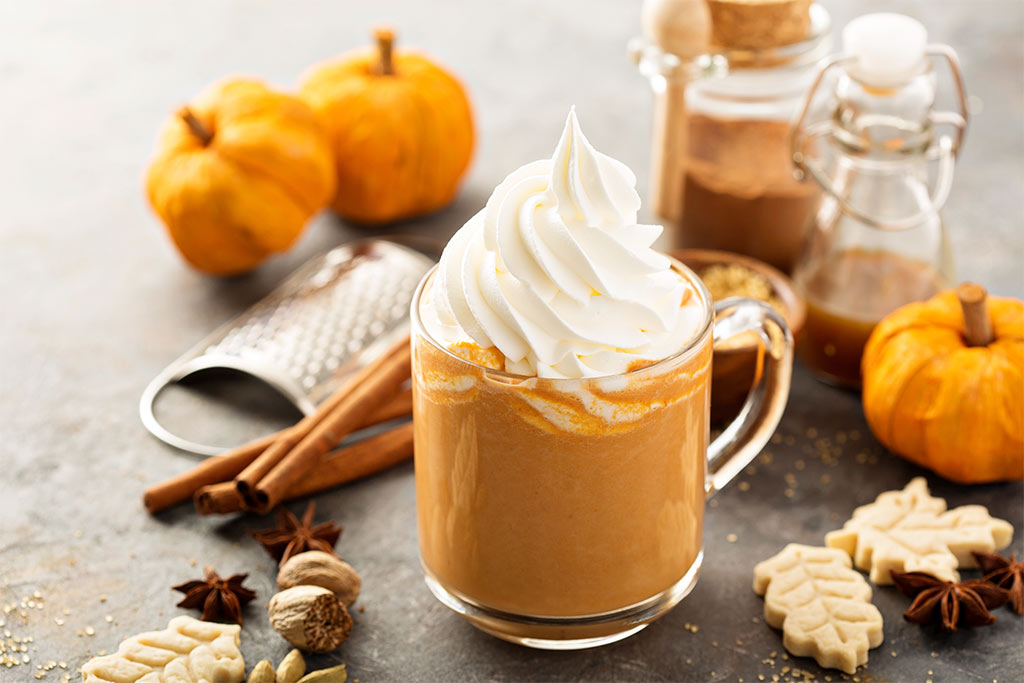 Now I know what you’re thinking … “But Scott – wasn’t it not that long ago when you were up to your eyeballs in pumpkin and loving every pumpkin spiced minute of it?!

Second, and more importantly – yes, I have been known to partake in pumpkin spice fever like it was the end of the world and all the human race could do was guzzle Pumpkin Spice Lattes to survive, and it’s true that yours truly could likely have qualified for the moniker of “the basic bitch” if only they made those ugly, slipper boots in my size.

But I’m trying to change…

I need to change … for my family, who has watched our grocery budget and pantry space consumed by these festive, seasonal treats; for the cashiers whose eyes could literally be heard rolling as they waved more pumpkin items over their magic scanning thingies than any one person should legally be allowed to consume without a doctor’s note; and most of all – for myself, because for one season I’d like not to feel obligated to order the pumpkin cheesecake, or the pumpkin flan, or the Pumpkin Iced MooLatte with Cinnamon Whipped Cream and a Caramel Drizzle whenever I eat out between the months of September and November!

Because what people on the outside don’t understand about pumpkin fandom is that you don’t just eat a pumpkin muffin for breakfast and that’s that. It starts with a pumpkin muffin, and then you’re out to lunch and they’ve got a spicy pumpkin bisque on the menu and you figure, “Why not?” And the bisque ends up really hitting the spot, so on your way home you detour through the Starbucks drive-thru and order a Mega Grande Superiorě Pumpkin Spice Latte, which is basically the equivalent of throwing an entire pumpkin pie in a blender while another employee says the word coffee in a condescending tone a few feet away.

Before you know it, you’ve got yourself a solid PSL habit, but that’s still not enough, so you start calling all of the restaurants near your office and abruptly hang up on them when they have the audacity to reply that they don’t have anything pumpkin on their seasonal menus this year.

Who are they trying to fool with their Butternut Squash Salad with Caramelized Pecans, anyways?!

Soon work and hobbies and family time are all just bumps in the road to more of that sweet, pumpkin-y goodness, so you start hanging out around the back door at Panera to see if you can talk any of the employees into hooking you up with a full dozen of their amazing Pumpkin Muffins because we all know that their One per Customer during periods of high demand-rule is complete BS.

Your friends and family start leaving subtle hints that maybe you should slow it down a bit – you know, maybe have a slice of banana bread this morning for breakfast and then go from there – but you can’t hear them because you’ve been up since 4:30am eating Pumpkin Spice Twinkies and Ho-Hos and Oreos and those mini-muffins from Entenmann’s and you’ve got so much sugar coursing through your veins that with just a dash of cinnamon and some nutmeg, you too could be classified as a pumpkin spice confectionery of your own making.

Pumpkin Spice Addiction is a real problem faced by at least one American each year – probably more, but frankly I’m usually too busy scouring the shelves for more pumpkin treats to really branch out and do any networking. Although at this time a cure for savoring the deliciousness of pumpkin spice doesn’t exist – not as long as Pumpkin Spice Chex Party Mix still remains on the shelves, but with the love and support of people like you, it’s possible for a pumpkin addict like myself to live a life filled with fall flavors that occasionally have nothing to do with pumpkin whatsoever.

Seriously though, you’ve got to try the Pumpkin Spice Egg Rolls from Panda Express this year because they. are. AMAZING!!!