An Unhealthy Addiction to Sugar Water 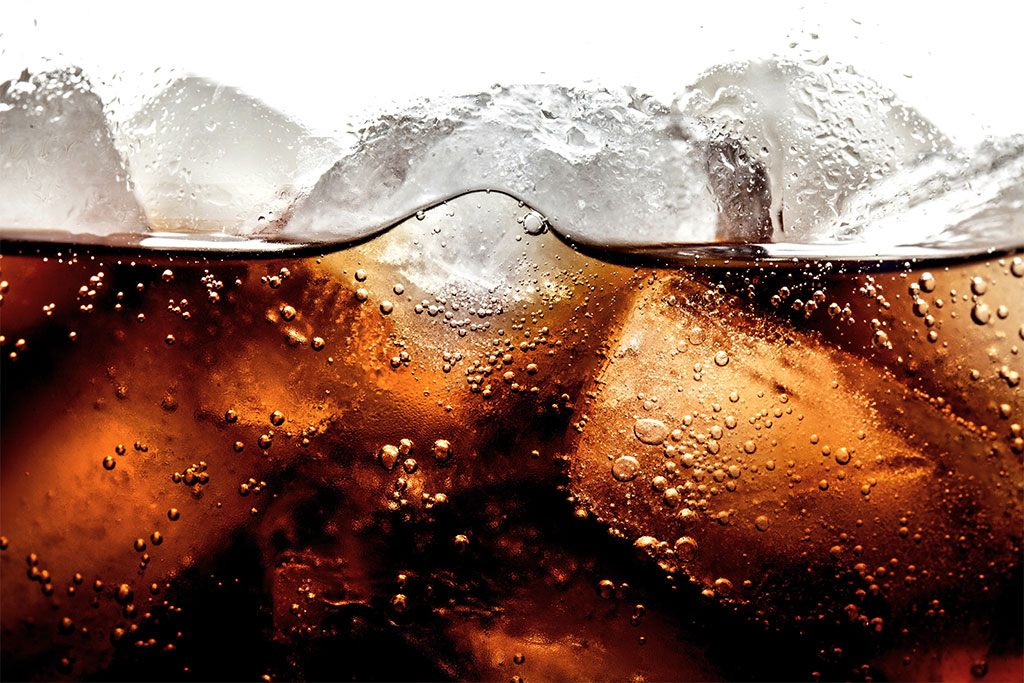 Could soda possibly be any more addictive if they actually did still put cocaine in it?!

It’s interesting that believe it or not, that classic myth about Coca-Cola containing the infamous drug is in fact true, albeit just barely. Apparently back in 1886 when it was invented by pharmacist John Pemberton, the formula for his new fizzy drink include a small amount of coca leaf – back before people got all uptight about cocaine use and all…

It probably shouldn’t come as a big surprise that Pemberton had gotten addicted to morphine decades earlier after, of all things, taking a sword to the chest in the Battle of Columbus … which if you ask me is really a pretty reasonable excuse for getting hooked on painkillers! The cold and refreshing beverage that we now know today as Coca-Cola was his last attempt at an alternative medicine for all sorts of ailments from headaches to nerves to the everlasting pain caused by a large knife going through the center of one’s chest.

Of course, today there is no cocaine in Coke, Cherry Coke, Coke Zero, or even Diet Cherry Coke. That was a bud that the company promptly nipped at the turn of the century when suddenly people were getting concerned about this cocaine stuff, despite the fact that even at that point they were putting such a small amount of coca leaf in their product, they probably could’ve substituted in Cocoa Krispies and gotten pretty much the same effect!

So if Coca-Cola doesn’t have cocaine in it, what in the world is it that makes it so addictive???

Is it the caffeine, even though soda has roughly 20% of the caffeine found in Starbucks’ latest whipped cream and syrup-topped monstrosity?

Is it how cool drinking a bottle of carbonated delight makes me look to all of my friends and potential street gang compadres as we sit on the stoop talking about how grand life will be once we finally break out of this place??

Is it the incredible amount of sugar found in soda, enough to basically make me the equivalent of a hummingbird, though much larger and considerably less active???

I mean, of course it’s the sugar – the amount of sugar in a 32-ounce, fast food-sized cup of soda is basically the same as drinking a slice of birthday cake with your meal! I think the only things worse would be drinking Kool-Aid, the sugar content of which is only determined by the discretion of the 8 year-old making it, or if you were to just bulk order the syrup that goes in soda fountains and run it through an IV straight into your arm…

I myself was able to kick the habit once, many moons ago when I realized that I would literally go through withdrawals if I dared to go a single day without the sweet, refreshing taste of Coca-Cola, but like any good junkie I eventually returned to the well … and I don’t even have a sword wound in my chest to use as an excuse!

I’ve tried substitutions – water, tea, even RC Cola … which is about as similar to soda as if you mixed water and tea together, but nothing compares to that crisp, bold flavor that sucks you in bottle after bottle like an invigorating nectar from the gods, cast into existence by the mindful hands of Dr. Pemberton himself more than a century ago.

It seems that in trying to cure his own addiction, the doctor managed to create a craving even more powerful than his beloved pain killers, and one that you don’t even need a prescription to enjoy. Just take half a sheet cake, add in a splash of carbonated water, a little cocaine … even just in spirit, and a dash of caramel coloring, and there you have it – the refreshing taste of summer, good to the last drop, and hey – at least it’s not heroin!

Come to think of it, maybe it’s all for the best that at least they weren’t as lax about heroin as they were about cocaine back in the late 1800’s…