I’m Too Polite to Go Shopping in Mexico 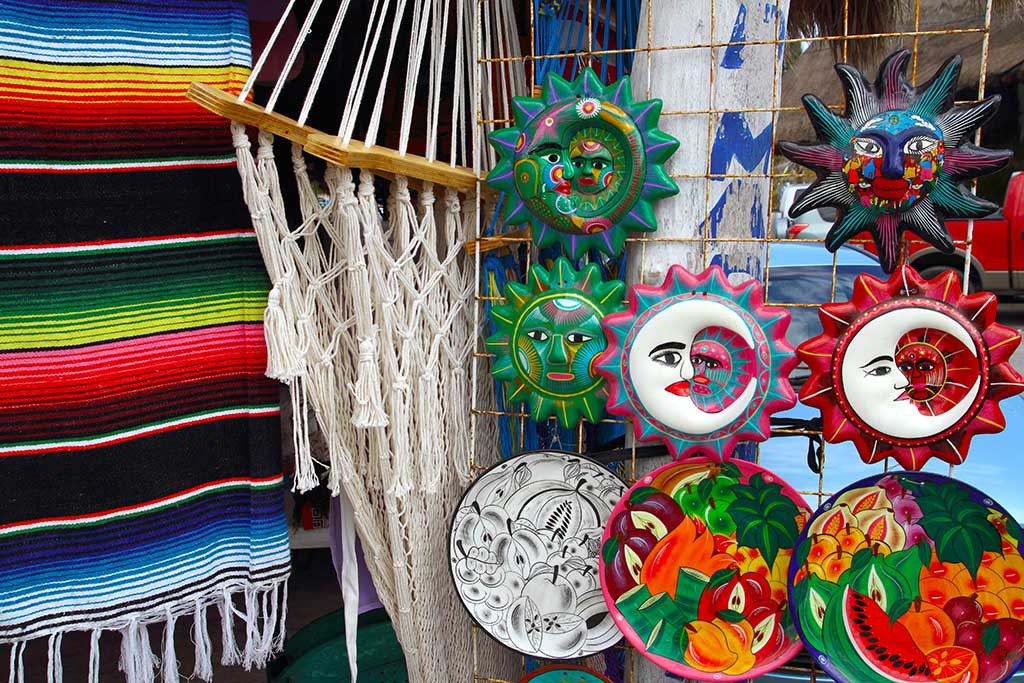 This was one of several revelations that I had during my recent cruise vacation, in addition to learning that watching James Bond movies each night on the jumbo screen at sea is pretty much the coolest thing ever, and also coming to the just conclusion that it probably wouldn’t be the worst thing in the world if I never consumed tequila ever again!

When it comes to perusing the wares of the local merchants whenever a cruise ship pulls into port, I can only assume that these sellers see some sort of flares go up from miles away about just how perfect of a target I’m going to be for their efforts because by the time I walk into their stores and start gawking at real genuine Mexican fighting fish or those super fragile, brightly colored animal carvings that probably sell just as many through kids breaking them as they do to suckers like me, it’s already too late.

For starters, I don’t know how to say no.

Blame the Michigander in me, but when I say no, it comes out more like, “No thanks…” or possibly even, “Those fine silk screenings of yours are quite commendable shirts, my good chap, however I don’t believe they are for me at this particular venture, but do try back again another time, kind Sir!”

And anyone who’s vacationed in the tropics can vouch that the street vendors and shop keepers are, if nothing else, persistent – a mattress salesman on Memorial Day weekend ain’t got nothing on these guys! So my polite dismissal tends to do little more than leave some blood in the waters as they take their signal to circle up and follow me down the street, preaching the benefits of their cheaply woven hats until I end up giving in and buying every last one that they have just out of sheepish pity…

Of course, it also doesn’t help that deep in their world of exotic trinkets and treasures, I haven’t got the slightest clue what any of the stuff should actually cost, which is why it doesn’t even phase me when negotiations start at $80 or $90 and end up at the bargain price of only $15/each … so I end up buying five or six of the thing to maximize my fantastic savings!

One of the more expensive items I bought this vacation – or so I thought – was a nice piece of “gold” jewelry for my wife. For all I know, the thing was worth about $1.50, the vendor buys them in bulk from the people who stuff Cracker Jack boxes, and it’ll have permanently turned my wife’s ankle green by the end of the month … but the seller was persistent and he wouldn’t take “No thanks…” for an answer.

During another trip I found myself being followed for city blocks who wanted to trade me a hat for five dollars, then three for ten dollars, and then for my shoes … which regrettably I had to pass on because I still happened to be using them at the time. Sure, it was a fine hat, I suppose, but I needed my shoes and I wouldn’t end up encountering a guy pestering me to buy three pairs of those for another two days into the trip!

All told, I think I left Mexico this time with upwards of $2,500 worth of mass produced, brightly colored blankets and ceramic goods and intricately carved animal figurines – only about half of which were broken before I ever left the store.

Or maybe it’s closer to $7.50 in priceless vacation memories, I don’t know! The one thing I do know is, next time I’m definitely bringing a few extra pairs of shoes to barter with … I’ll probably still get ripped off, but at least I’ll have me a pretty swell hat to show for it.

The Humor Column has been published since 1999, currently spans 527 hilarious columns, and it even makes julienne fries!