Did You Pee in the Pool Yet, Dad? 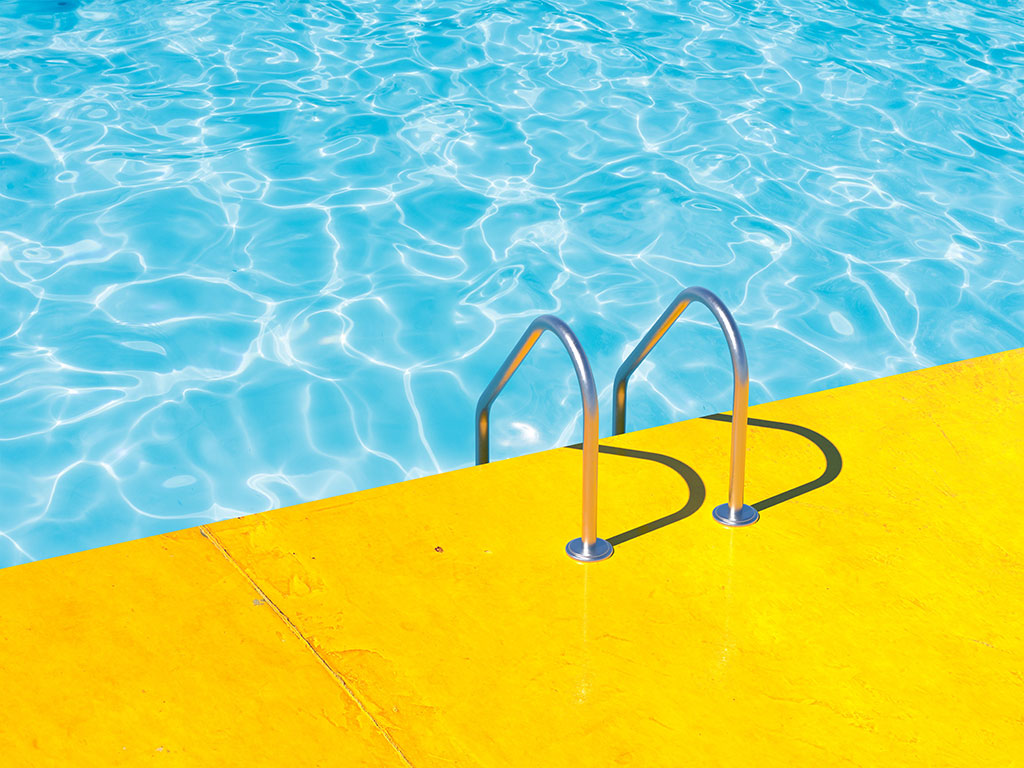 One of my responsibilities as a father of boys is teaching them about their penises.

So far the coursework has been pretty straightforward – wear underwear, don’t show it to strangers, try to keep playing with it to a minimum when you’re supposed to be going potty so that we can go to the zoo – you know, the usual stuff.

An area that’s been a little more challenging this summer, though, has been trying to convey to my boys the subtle art of peeing in the pool … with a heavy emphasis on the subtle part!

Contrary to the suggestion of clever signs (“There’s no P in our ool – please keep it that way!”) and the fictional tale of a dye that threatened to alert the world if you dared to urinate in the public pool (“Wee-Wee-See!”), I’ve always been a strong proponent of peeing in the pool. It’s quick, it’s convenient, and it certainly beats tracking water through the entire house that I’m then just going to have to mop up on my way back outside…

Still, I’m sure most men would agree with me that there’s a certain discretion warranted, much along the same lines that you can’t just whip it out on the diving board or just about anyplace else!

So when my oldest – who’s the ripe age of six – shouted across our backyard for the whole neighborhood to hear, “Hey, Dad – have you peed in the pool yet?!” I knew that I had a bit of work to do…

Needless to say, not announcing said peeing in the pool has been a BIG ONE on our list of things that we’re working on! Of course, with most kids only having two volumes – giving Mom a headache and it’s too quiet in here – sometimes it’s hard to say whether it’s better that everybody knows that he’s peeing in the pool as opposed to not knowing if he happens to be peeing someplace else.

Such as off the patio into the backyard with his shorts around his ankles and his hands on his hips like a superhero … hypothetically speaking, of course.

I’m also trying to explain to him that although it’s ok to pee in the pool, it’s not a requirement. Just because we can pee in the pool doesn’t mean that we still shouldn’t go in the toilet in the house before we go outside!

Proximity is another element that admittedly it’s kind of tough to expect a six year-old to be aware of, particularly when their boundaries inside the house have little to no respect for things like closed bathroom doors and not waking me up prior to 8:00am on the weekend.

Plus, it doesn’t help that he wants to see it in the water when he’s going as if three ounces of urine in 20,000 gallons of pool water is going to be this colorful spectacle unlike any pee he’s ever done before…

At the end of the day, though, there’s really only one rule for using the swimming pool as a toilet above all others that’s truly critical for me as a father to teach my three sons – NO NUMBER TWOS, NO MATTER WHAT.

We don’t take excuses – I don’t care if “it’s almost coming out” or “I just really really want to!”

I don’t want to hear that Billy’s Mom lets him poop in his pool because A) Billy has one of those kiddie pools that only holds about six inches of water, and B) Billy’s Mom isn’t going to come over and clean our pool filter when your poop gets sucked down the drain and mucks the works right up.

I think my rules are pretty reasonable.

Pee your heart out, try to keep it to yourself, and no poopin’.

We’ll talk about other discretionary uses of the penis at a much later date.