A Cautionary Tale About Frogs… 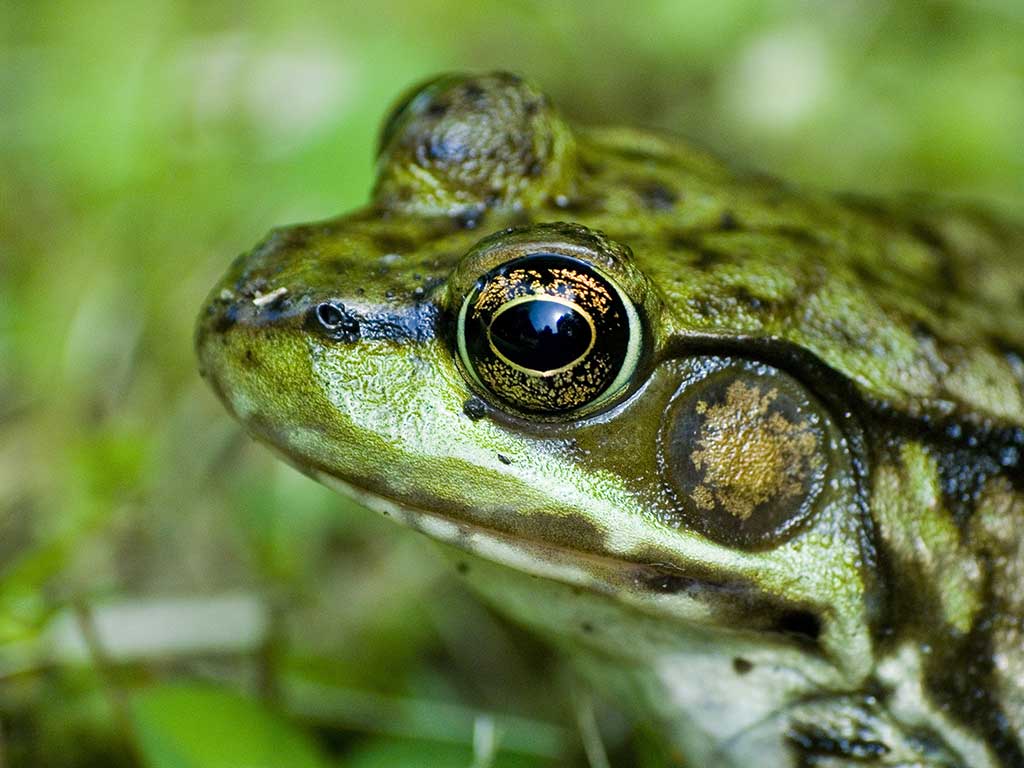 I’m not ashamed to admit it – I was once naive in the ways of the common green frog, led to believe that they’re all cute and laid-back and slimy in a fun-loving, hoppy kind of way.

But that was yesterday, and a lot has happened since yesterday…

Looking back before what will forever now be referred to as “the blindness-inducing frog juice incident,” I was a bit of a nature boy growing up, playing with snakes and frogs and lizards and eventually even working at a summer camp where I taught younger kids how to play with snakes and frogs and lizards because when you’re twelve years old, those kinds of things are cool and it’s what we did before technology bestowed upon us mobile devices and the Internet so we wouldn’t have to “go outdoors” to entertain ourselves anymore.

So last night my son found a happy, little frog swimming around outside, and seeing “a teachable moment” in memory of those nature-esque days of my youth, I decided to scoop the little guy up to give him a closer look before tossing Lil Frogger out into the backyard to explore and hopefully not get hit by the lawnmower in the morning!

In hindsight, I kind of wish Lil Frogger had gotten hit by the deadly, spinning blades of that lawnmower after all…

Now to ease any possible apprehensions, never you fear – my two year-old son was fine! In fact, he really had little interest in said frog except to get him out of there so he could continue playing sans frog as he usually does.

*I*, on the other hand, was however not fine because it was roughly ten minutes after our amphibious encounter that for the first time I learned about frog juice – not to be confused with tortoise tears or salamander spit – which is a bit of a defense mechanism secreted by the frog’s skin in order to get big, menacing animals like myself to leave it the hell alone when it really just wants to go for a quick dip in your pool before continuing on to slurp up bugs and whatnot in the dark of night like you do when you’re a frog, apparently.

And you see, the thing about frog juice is that it’s particularly irritating if you’re unlucky enough to get some of it in your eyes … which I did! I’ve never felt the unholy burning fires of hell just yet – knock on wood – but if I had to guess, it wouldn’t surprise me if those fires are fueled by the likes of frog juice because no matter how much I tried to flush my eyes out with water and eye drops and dancing around the bathroom like a complete lunatic, only more pain and misery hopped forth from these eyes like the eternal torture that only the cruelest of frogs could ever inflict upon one of humanity’s last remaining humor columnists to walk this earth…

It seemed like hours turned to days before the searing pain of a thousand angry frogs slowly subsided, reluctantly restoring my weakened vision with the bitter reminder to leave their brethren alone because next time I might not be so lucky. And even as I write this column, nursing an ice pack for my wounded eyeballs as I swear to never cross amphibia ever again, my eyes ache … which is kind of a bizarre sensation that I certainly don’t recommend to anyone who enjoys seeing and other American pastimes that people enjoy with their eyes!

So as you read this weekly dose of humor as a means to brighten your day through laughter and chuckles, allow this particularly painful excursion to also serve as a webbed warning – don’t mess with frogs. Truth be told, despite their slimily welcoming appearance, frogs don’t want to be cuddled any more than you want to spend the better part of your evening feverishly pouring hand sanitizer into your eyes. If man and frog had been meant to be friends, someone would’ve given one his own TV show and numerous motion pictures by now. Much like a street thug or someone selling overpriced candy bars for their local band boosters, if you see a frog out in the wild your best bet is to just turn around and hop the other way.

Though it goes without saying that if I see that little bastard again – which is admittedly up in the air based on the still burning condition of my beloved baby blues even now – then we’re totally having frog legs for dinner that night.

And I don’t even like frog legs … I’m just out for vengeance at this point.